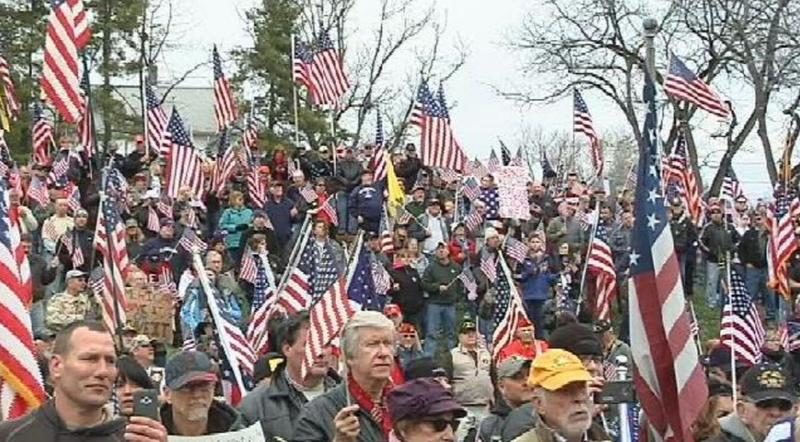 If you don’t want to fly the American flag then you should leave America… The college’s president said they didn’t lower the flag as a political statement. So then why did they lower the flag?

Hampshire College in Massachusetts raised the American flag back to full staff Friday after outraged veterans protested the school’s decision to stop flying all flags across campus.

The college in Amherst had lowered the U.S. flag to half-staff after Election Day. The flag was found burned on Veterans Day, and the school chose to stop flying it – and any other flags – a week later.

“We understand that many who hold the flag as a powerful symbol of national ideals and their highest aspirations for the country — including members of our own community — felt hurt by our decisions, and that we deeply regret,” the college’s president, Jonathan Lash, stated Friday. He added, “We did not lower the flag to make a political statement. … We acted solely to facilitate much-needed dialogue on our campus about how to dismantle the bigotry that is prevalent in our society.”

The school’s choice to stop flying the flag triggered widespread condemnation and a protest by veterans groups and their supporters outside campus. Last weekend, dozens of vets and other activists held American flags and chanted, “U.S.A.,” in a rally that organizers called a “peaceful demonstration of freedom.”

Mayor Domenic Sarno of nearby Springfield and others at the rally said the school’s decision disrespected veterans and current military members.

In video that aired Wednesday on “The O’Reilly Factor,” Fox News’ Jesse Watters confronted Lash, who refused to comment on the controversy at that time.

“Hampshire staff and faculty have led facilitated discussions, I have held multiple focus group sessions, and all of our students, faculty, and staff have been invited to contribute their opinions, questions, and perspectives about the U.S. flag. This is what free speech looks like,” Lash said Friday. 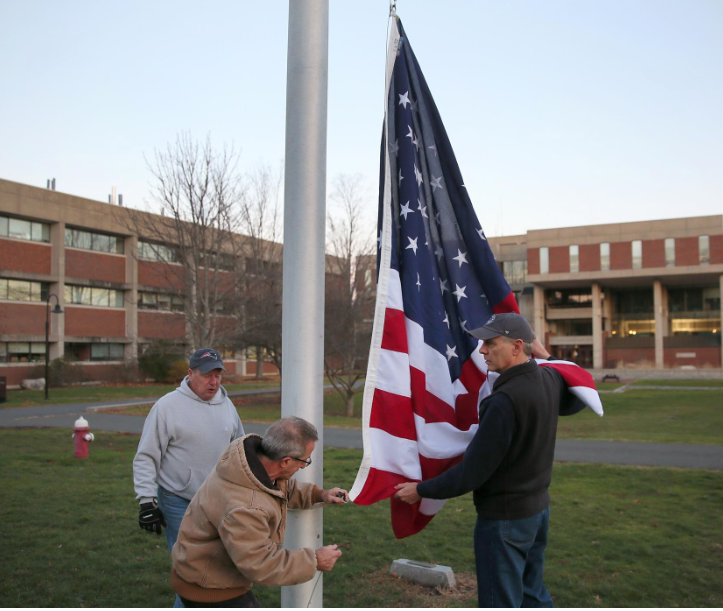