So-called Comedian Chelsea Handler took to Twitter following the mass shooting at a Sutherland Springs church in Texas to blame “Republicans,” for the tragedy. She was not the only celebrity to respond to the tragedy. However, she was among the very first to blame Republicans.

“Innocent people go to church on Sunday to honor their God, and while doing so, get shot in killed. What country? America. Why? Republicans,” Chelsea Handler tweeted. 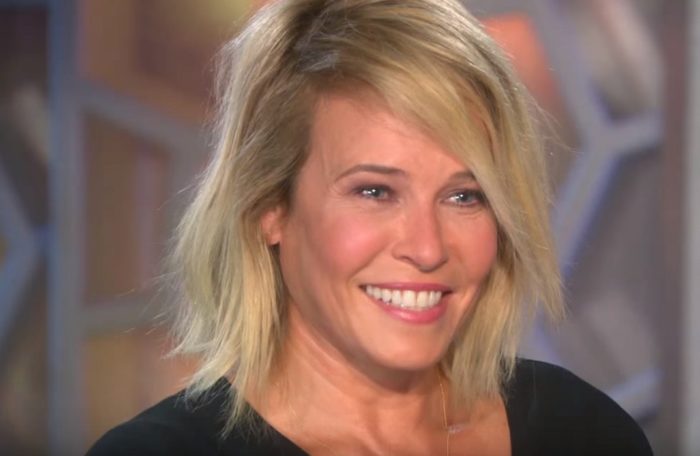 Innocent people go to church on Sunday to honor their God, and while doing so, get shot in killed. What country? America. Why? Republicans.

The bodies aren’t even cold yet and you are politicizing them. You really have a dark heart. #NastyWoman

In case Handler comes to her senses and deletes her tweet, below is a screenshot of it.

Delete your account. Then delete it again. And just for good measure, delete it a third time. pic.twitter.com/lr5t6w90V4

Daily Mail UK reports: At least 27 people have been killed inside a Texas church – including a two-year-old child – after a gunman dressed in full combat gear opened fire during the morning service before cops shot him dead.

The shooting happened at the First Baptist Church of Sutherland Springs, where around 50 people usually attend service, according to local reports.

Wilson County Commissioner Albert Gamez Jr told CNN that at least 27 people have been killed in the shooting, but the death toll is expected to climb.

‘My heart is broken,’ Gamez said. ‘We never think where it can happen, and it does happen. It doesn’t matter where you’re at. In a small community, real quiet and everything, and look at this, what can happen.’

At least 24 others were injured in the horrific shooting. Witnesses said a man ‘in full gear’ walked inside the church and opened fire just before 11.30am.

Texas lawmakers expressed condolences for the victims of the shooting.

Our prayers are with all who were harmed by this evil act. Our thanks to law enforcement for their response. More details from DPS soon. https://t.co/KMCRmOPkiM

Venezuelans Now Having To Eat Their Pets To Avoid Starvation