Is there anything left that CNN has not already done for liberals, lines they haven’t crossed to attack President Trump and his supporters?

Conservative heavyweight Sean Hannity warned his millions of Twitter followers Tuesday night that he is one week away from exposing CNN and NBC News.

Hannity often lights up Twitter with a ‘tick tock’ warning to his followers before a big story drops. 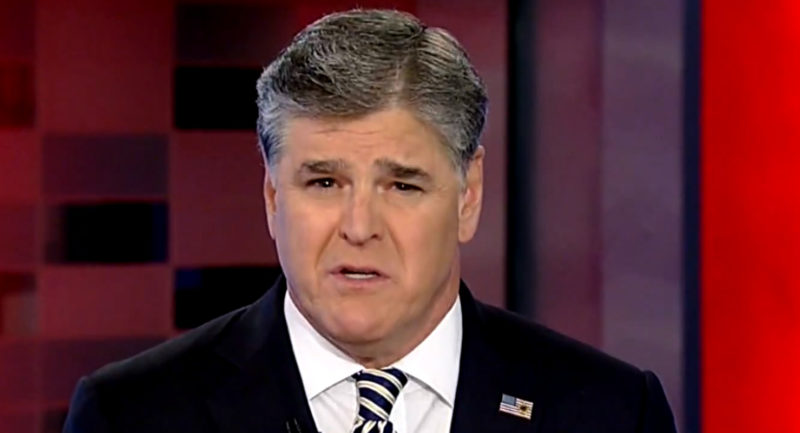 “One week from tonight i will expose @CNN and @NBCNews news for #EpicFail. Happy New Year to all irredeemable deplorables. 2018, cling to God Faith Bibles religion,” Hannity tweeted.

One week from tonight i will expose @CNN and @NBCNews news for #EpicFail. Happy New Year to all irredeemable deplorables. 2018, cling to God Faith Bibles religion.

In early December both CNN and CBS fell for inaccurate reports alleging a WikiLeaks email was sent to Donald Trump Jr. with an encryption key to access future leaks.

However, WikiLeaks had tweeted a link to the information days before the email reached Trump Jr. inbox. The fake news media claim this was stone cold proof of collusion, as WikiLeaks has long been smeared as a Kremlin puppet. Disaster!

Both fake news CNN and NBC are desperate to prove ‘Trump-Russia collusion’ (which isn’t even a crime). It will be interesting to see what Hannity has in store next week.

Waiting on my coffee pot. pic.twitter.com/4yYMltuYl3

God Bless You Sean !! Keep up the great work

WOW!!! I gotta get my popcorn for this!!! pic.twitter.com/s36nkQV7LN

Let’s go #Hannity! We stand with you as you fight the #FakeNewsMedia! Continue to expose the #DeepState criminals one by one until they all fall like a House of Cards! #MAGA

What’s left to expose? They already do a good job of exposing themselves.