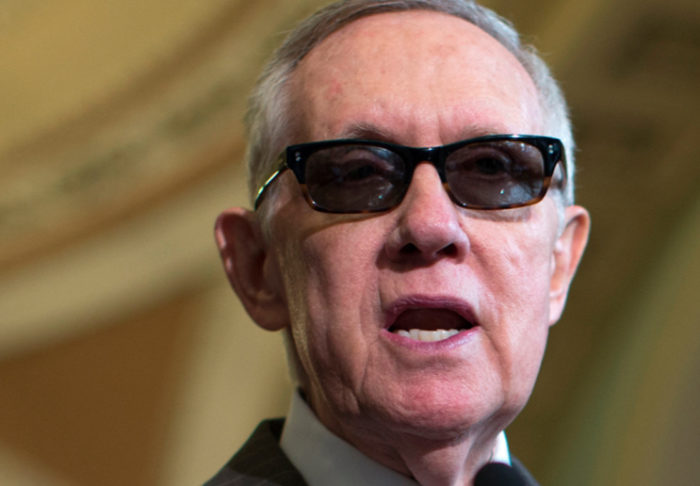 Hey Harry Reid, Can you please tell me where this gun show where I can do that is? Strictly for research purposes, of course.

Harry Reid: “You can go down to a gun show ….and come away with a fully automatic assault rifle, without a background check.” (huh?)

Twitchy: Today on the U.S. Senate floor, Sen. Reid quoted, and agreed with, an al-Qaeda spokesman:

“You can go down to a gun show at the local convention center and come away with a fully automatic assault rifle, without a background check…”

This terrorist was talking about the gun show loophole. He was specifically pointing to a flaw in our nation’s gun laws that allows convicted terrorists to slip through – and it’s a big, wide hole to slip through. More

The only factual words in this statement are “You can go down to a gun show” https://t.co/JeuAOQv2MH