Another case that was initially investigated as a “hate crime” only to change when a so-called minority victim was found to be outright lying. Filing fake complaints like this one wastes valuable resources that could be spent on real hate crimes.

Six months of counseling and three days of community service? Really that’s the only requirements here? No fine or fees? 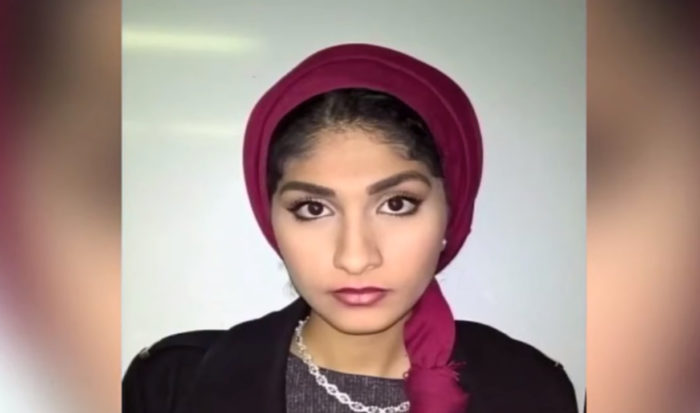 On Friday, Yasmin Seweid, 19, the Muslim college student at Baruch College who lied to police, telling them she had been harassed on the New York subway by white men who attempted to seize her hijab, pleaded guilty to falsely reporting an incident and disorderly conduct.

Seweid had claimed the incident occurred on the No. 6 train on Dec. 1, 2016. She told The New York Daily News that three drunk white men screamed “Donald Trump!” and hurled anti-Islam slurs at her, then tried to rip her hijab off of her head. She stated, “I heard them say something very loudly, something about Donald Trump … I also heard them say the word terrorist and I sort of got a little scared.”

She added that they said, “Oh look, a (expletive) terrorist … Get the hell out of the country! You don’t belong here!” She said when she tried to ignore them, they pulled on her bag to get her attention and the strap broke. “That’s when I turned around and said ‘can you please leave me alone,’ and they started laughing,” she said. Read more at Daily Wire.

So she lied about something that never happened to avoid an honor killing that we are told never happens?

BUSTED! Proof That Trump Jr. Meeting With Russian Lawyer Was All A Set-Up…