Flashback: Insurance Premiums Will Not Rise Under Obamacare

So much for Politifact and the OFA ‘Truth Team’… 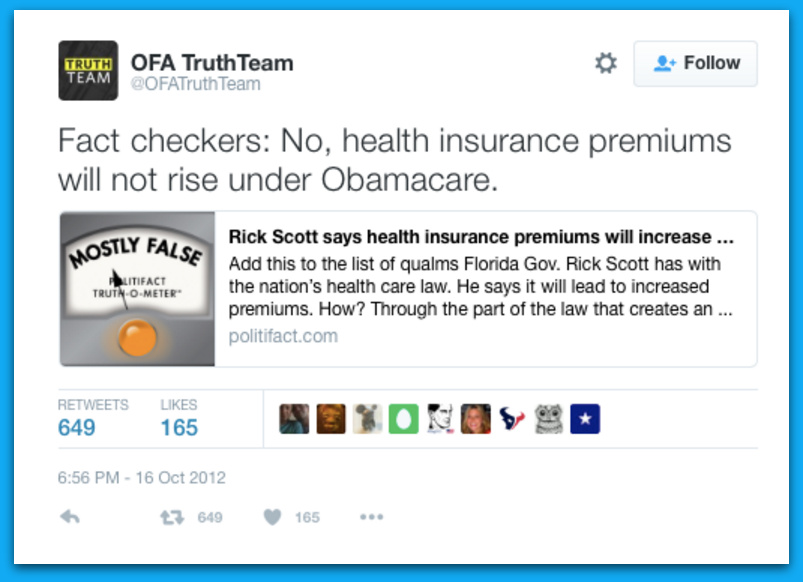 Premiums will go up sharply next year under President Barack Obama’s health care law, and many consumers will be down to just one insurer, the administration confirmed Monday. That’s sure to stoke another “Obamacare” controversy days before a presidential election.

Before taxpayer-provided subsidies, premiums for a midlevel benchmark plan will increase an average of 25 percent across the 39 states served by the federally run online market, according to a report from the Department of Health and Human Services. Some states will see much bigger jumps, others less.

Moreover, about 1 in 5 consumers will only have plans from a single insurer to pick from, after major national carriers such as UnitedHealth Group, Humana and Aetna scaled back their roles. More

Flashback: Insurance Premiums Will Not Rise Under Obamacare