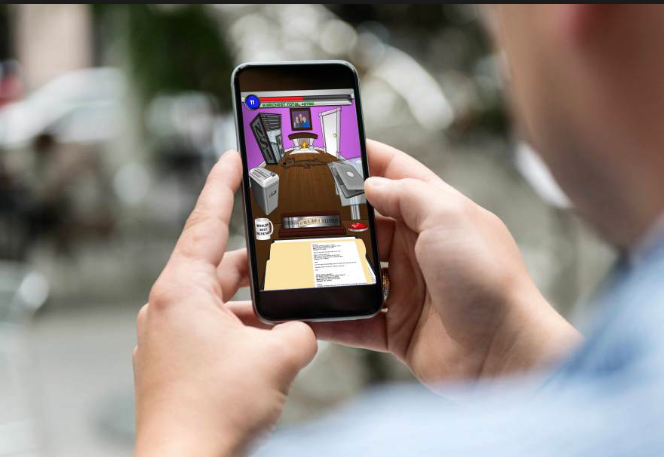 This shows a definite bias by Apple. Why are they trying to keep Hillary apps off of Apple but they will let the Trump ones through?

Apple’s App Store seems to have been caught protecting Hillary Clinton from political satire games while allowing titles like “Punch Trump” onto the digital retail platform.

A new game called “Hide it Hillary” originally was denied access to Apple’s App Store because company gatekeepers said it “includes content that could be considered defamatory or mean-spirited.” The same vetting process allowed titles like “Punch Trump,” “Slap Donald Trump,” and “Smack a Trump” into the marketplace.

The conservative website Heat Street reported Friday that “Hide it Hillary,” which is now available on Google Play for Android devices, does not condone violence or even feature the former secretary of state’s image. Instead, users are tasked with putting documents into a “laptop, server, shredder, or closet.”

A day after the Heat Street report, the app was available for 99 cents at the iTunes store and had garnered multiple 5-star reviews by Sunday night.

“I absolutely believe there’s a double standard with Apple in the sense that they have defamatory and mean-spirited Trump games available for download but none for Hillary,” developers Ansem Omega Solutions told Heat Street. “I can’t imagine we are the first developers to experience this type of bias. In fact, one of the main reasons we chose to develop a Hillary app is because there were no Hillary apps whatsoever in the store 6 months ago when we began developing.”

The independent developers said getting approved with Google took less than one hour, while Apple’s denial came after an eight-hour wait.

Mrs. Clinton’s presidential campaign has been dogged for months over her handling of government documents as secretary of state. FBI Director James Comey said July 5 that an investigation into the secret email server inside her New York home revealed a woman who was “extremely careless” with the nation’s most sensitive documents. More

For Some Reason The Media Isn’t Reporting THIS!