There really is NO need to imagine what a Hillary president would have looked like…
Just take a glance at Venezuela, this is the path that Hillary and her leftist ilk wanted to take our great nation.

I’m really beginning to fear she’s actually going to run again in 2020. What do you think? 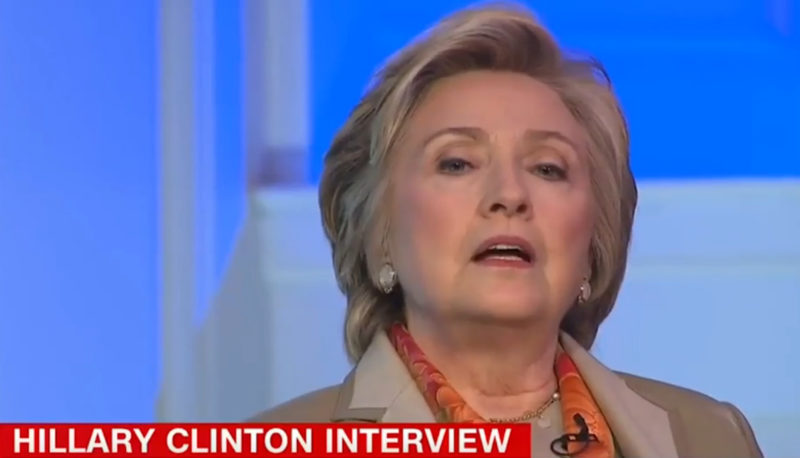 Washington Examiner: Hillary Clinton’s former campaign team spent much of last week describing an alternate universe in which she became president of the United States.

That mythology, they insisted, could have been reality if it weren’t for FBI Director James Comey — and perhaps some hackers in cahoots with the Russians.

No one in Clinton world made this case more explicitly than the candidate herself. Although Clinton took “absolute personal responsibility” for her November loss in a sit-down with CNN’s Christiane Amanpour, she also declared, “If the election had been on October 27, I would be your president.”

That’s the day before the FBI director notified Congress in writing that they were reopening the email investigation. Democrats were outraged that Comey sent this letter, sensing the implication that perhaps something incriminating had been found, only to reaffirm Clinton shouldn’t face criminal charges two days before the election.

“The reason I believe we lost were the intervening events in the last 10 days,” Clinton said at the New York City event. She asserted she was “on the way to winning until a combination of Jim Comey’s letter on October 28 and Russian WikiLeaks raised doubts in the minds of people who were inclined to vote for me and got scared off.” More