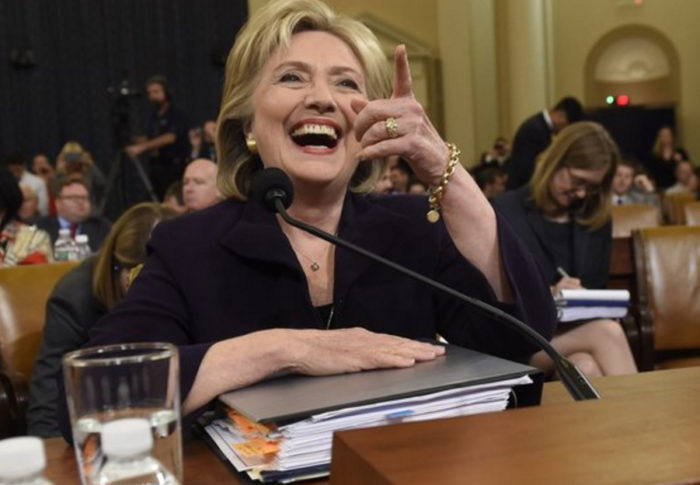 Is Hillary busted? It sounds like Hillary to me with that evil laugh and all!

Here is the excerpt from the clip with Billy Bush:

I moved on him like a bitch one time, yeah. He was married, and I failed.

I did, I failed. {laughter}

I tell ya, Billy Bush, I’m automatically attracted to hot men, you know, they just make me, ummm…

So apparently shagging other people in the Clinton family is not just for Bill! More