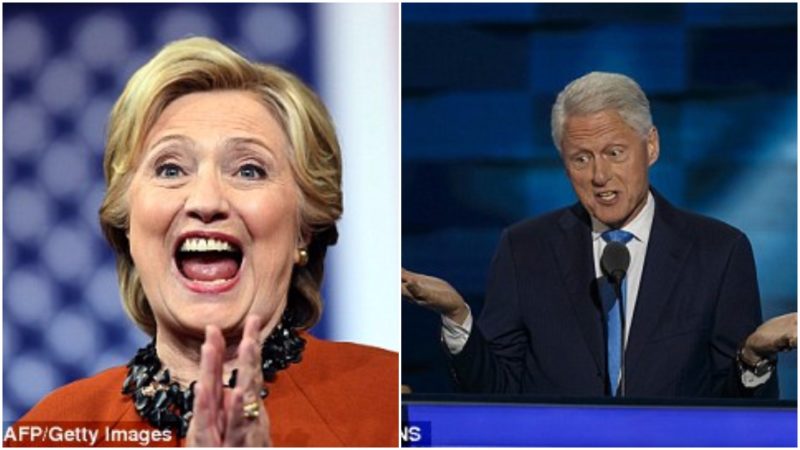 Hillary Clinton failed to disclose $400,000 in pricey presents to Bill, although she was obligated to do so by law as Secretary of State.

I am just sick and tired of being governed by people who think they are above the laws. Those old school democrats from our parents generation are totally gone, only 60’s radical commies are left. They are spreading their disease of ignorance and stupidity thru the public school system.

Hillary Clinton did not disclose ‘expensive gifts,’ free vacations, and complimentary private jet travel her family received from business interests while she was at the State Department, according to leaked emails and federal disclosure records reviewed by the DailyMail.com

Long-time Clinton aide Doug Band claimed in a confidential 2011 memo published by Wikileaks this week that he helped obtain free vacations and personal travel for Bill Clinton and his family as part of his duties.

During Hillary Clinton’s tenure at the State Department, she did not report any gifts or travel reimbursements for herself or her spouse in her financial disclosure filings.

‘In support of the President’s for-profit activity, we also have solicited and obtained, as appropriate, in-kind services for the President and his family – for personal travel, hospitality, vacation and the like,’ wrote Band in the Nov. 16, 2011 memo to attorneys conducting an internal review of the Clinton Foundation. More