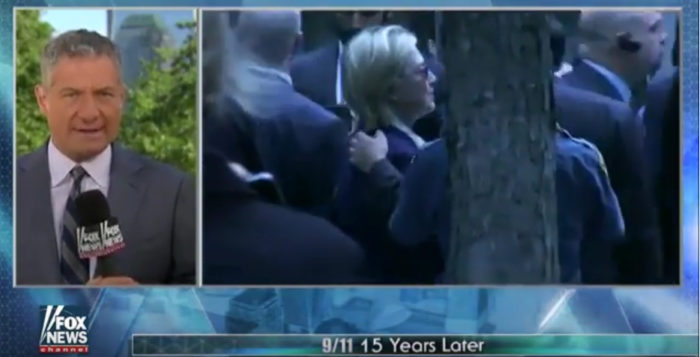 MORE ON #HILLARY per witness: "unexpected early departure"; she stumbled off curb, "knees buckled", lost a shoe as she was helped into van

@HillaryClinton did leave the 9/11 ceremony viewing area 45+ m ago. Her poolers not taken w her and we cannot verify status or location.