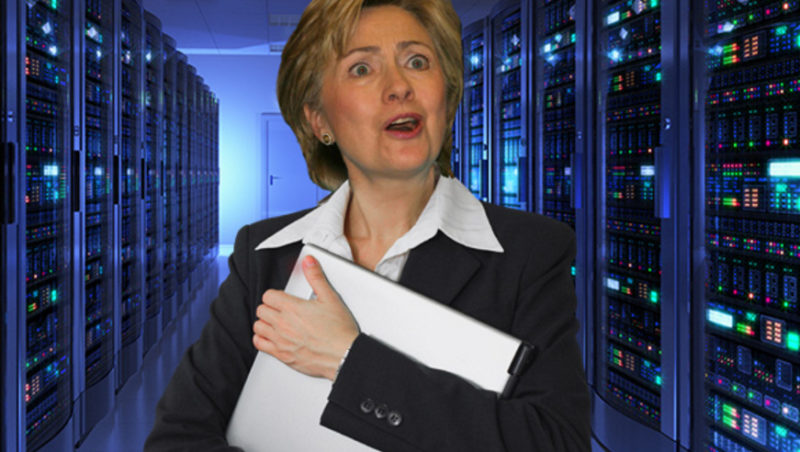 A laptop filled with Hillary Clinton’s emails is missing, the FBI just revealed. It makes the stink around Hillary’s private account even worse.

Someone please tell me how she’s going to conduct a national security debate? Trump’s going to tear her apart.

A laptop containing a copy, or “archive,” of the emails on Hillary Clinton’s private server was apparently lost—in the postal mail—according to an FBI report released Friday. Along with it, a thumb drive that also contained an archive of Clinton’s emails has been lost and is not in the FBI’s possession.

The Donald Trump campaign has already called for Clinton to be “locked up” for her carelessness handling sensitive information. The missing laptop and thumb drive raise a new possibility that Clinton’s emails could have been obtained by people for whom they weren’t intended. The FBI director has already said it’s possible Clinton’s email system could have been remotely accessed by foreign hackers.

The revelation of the two archives is contained in a detailed report about the FBI’s investigation of Clinton’s private email account. The report contained new information about how the archives were handled, as well as how a private company deleted emails in its possession, at the same time that congressional investigators were demanding copies. More