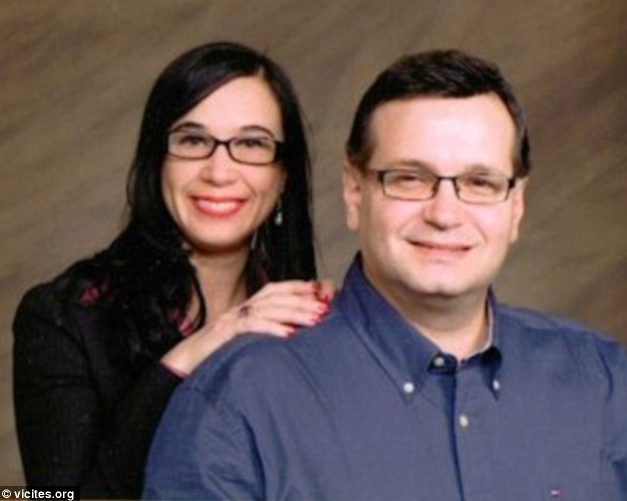 Her story changed how many times? LOL! I’m surprised she didn’t blame her email server…

A Democratic delegate has been accused of trying to kill her husband, a week before she was set to back Hillary Clinton for president at the party’s National Convention.

Mother-of two Denna Vicites, 47, was arrested and charged with attempted murder after she allegedly shot her other half, Vincent, in the neck during a drunken argument in their Uniontown, Pennsylvania, home on Sunday.

When she was interviewed by police, she told officers it was an accident.

But she later changed her story and said she fired at her Fayette County commissioner husband when he was choking her, claiming he had been abusive for a long time. More