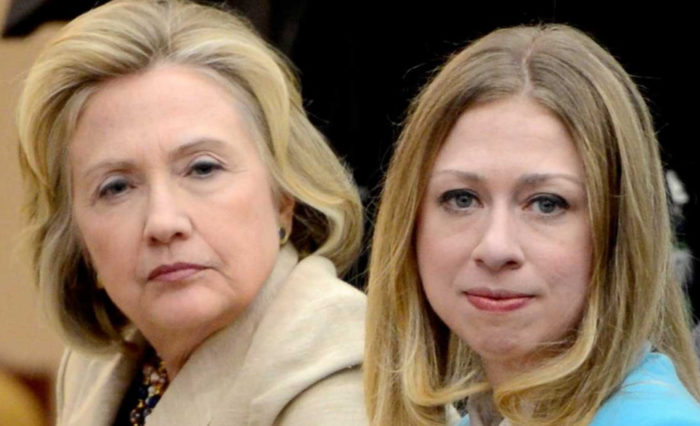 More damning information that is NOT getting that much media attention. Plus why would Chelsea need this information? Unless the foundation was using it for some “unknown” reason. Wink wink. Or possibly for her husband for trading purposes?

The FBI recovered this email. Judicial Watch forced its release by the State Department. 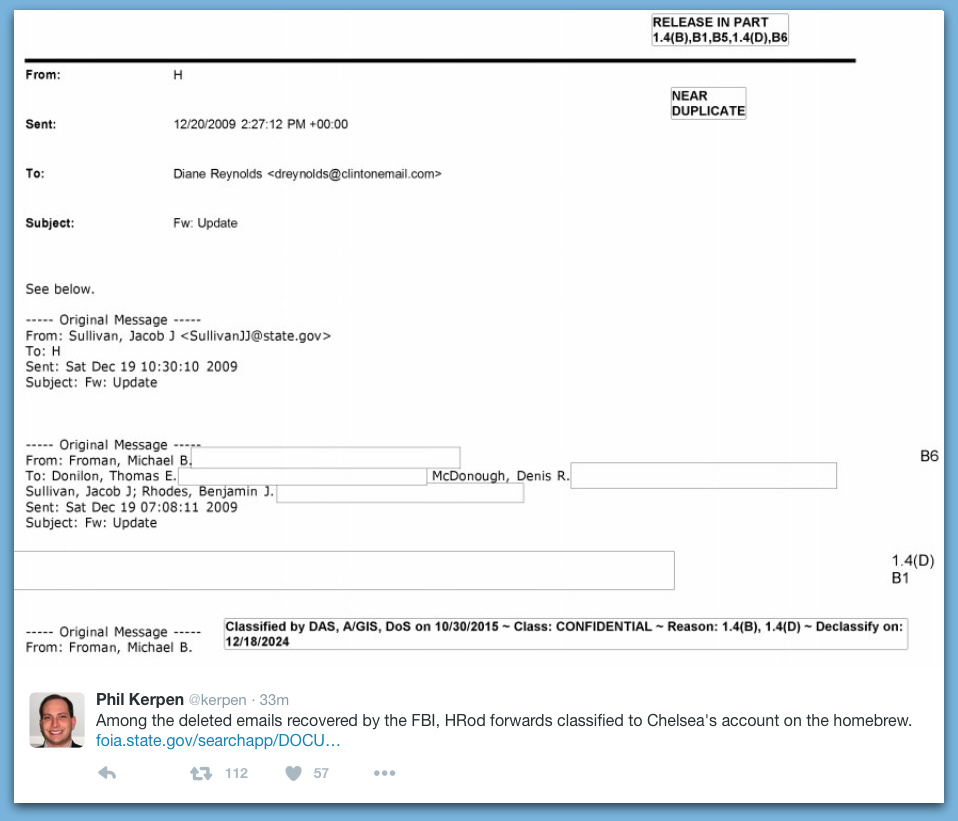 Obviously not yoga or Chelsea wedding plans. So not only did Hillary send classified over her insecure server to her daughter’s account on the insecure server, but naturally, she lied about it and deleted it. Chelsea had no security clearance to be able to receive classified information.

This constitutes a violation of 18 U.S.C Sec. 793(f) as well as a violation of the Federal Records Act. Not to mention obstruction and possible perjury, depending on what she said in her interview with the FBI.

What was this classified information?

Before releasing the heavily redacted email to Judicial Watch, the State Department marked it “B1.4(b)” and “B1.4(d),” indicating that it contained “Foreign Government Information’ and “Foreign relations or foreign activities of the US including confidential sources.” The State Department also misleadingly labeled the email with the term “near duplicate.”

Such information is inherently classified, it is not dependent upon a marking or when a marking is made.

No wonder she deleted it.