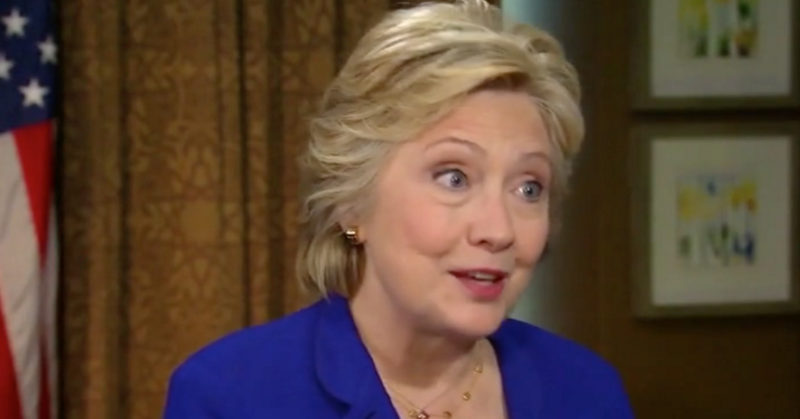 “Well Chris, thank you for this opportunity to let me lie directly to the American people.”

This is typical Clinton. No, Director Comey didn’t say any such thing, his evidence showed repeatedly that she was lying about the email. What he did say was he had no reason to believe that she wasn’t truthful in the 3 hour interview his people had with her.

Hillary Clinton on Sunday insisted that FBI Director James Comey said that her answers to the American public regarding her handling of emails containing classified information were truthful, but this was disputed by host Chris Wallace.

“The emails… I want to ask you about just one aspect of them, and that’s what you told the American people,” Wallace said to the Democratic nominee on “Fox News Sunday.”

Fox then played three separate clips in which Clinton said she did not send or receive any classified material via email.

“After a long investigation, FBI Director James Comey said none of those things that you told the American public were true,” Wallace said to the former secretary of state.

“Chris, that’s not what I heard Director Comey say, and I thank you for giving me the opportunity to, in my view, clarify,” Clinton responded. “Director Comey said that my answers were truthful, and what I’ve said is consistent with what I have told the American people, that there were decisions discussed and made to classify retroactively certain of the emails.” More