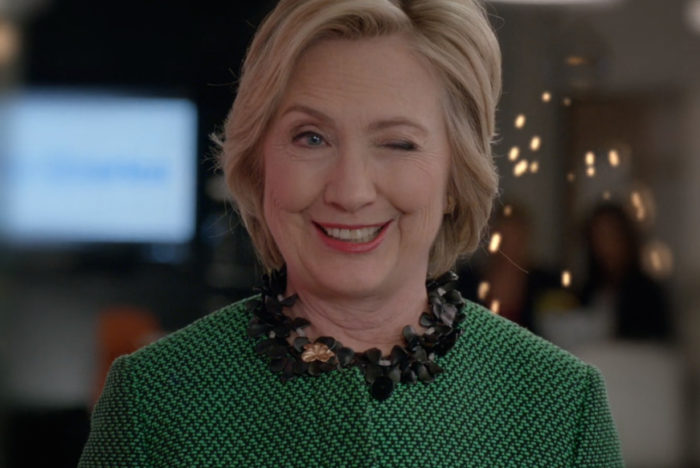 Her whole adult life has been about dodging truth…

One of Hillary Clinton’s first sitdown interviews since the Democratic National Convention was conducted by a self-described supporter who has been hired by the campaign to host the Democratic nominee’s official campaign podcast.

“With Her,” which launched on iTunes Friday morning, promises an inside account “straight from Hillary [of]what life is like on the campaign trail.” The series is being produced by the campaign and hosted by Max Linsky, a founding editor of Longform.org and a co-host of the well-respected Longform podcast. The debut episode features Linsky’s 15-minute interview with the nominee.

The result is a casual conversation that steers clear of politics — and it’s the latest example of how Clinton is trying to control her storyline. She has been criticized for limiting press access by not participating in press conferences and being slow to grant reporters the level of access that has become common and expected of candidates vying for the Oval Office.

Now, she has gone a step further, creating a safe space from which to present the image of herself that she wants voters to see.