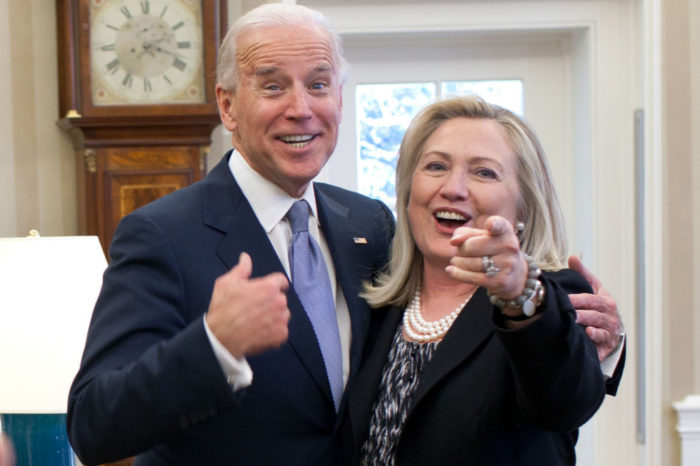 So what’s next John Podesta in charge of cyber-security?

Joe Biden is at the top of the internal short list Hillary Clinton’s transition team is preparing for her pick to be secretary of state, a source familiar with the planning tells POLITICO.

This would be the first major Cabinet candidate to go public for a campaign that’s insisted its focus remains on winning the election, and perhaps the most central choice for a potential president who was a secretary of state herself.

Neither Clinton nor her aides have yet told Biden. According to the source, they’re strategizing about how to make the approach to the vice president, who almost ran against her in the Democratic primaries but has since been campaigning for her at a breakneck pace all over the country in these final months.

Trending: Ocasio-Cortez Makes False Claim About Ethics Complaints Against Her

“He’d be great, and they are spending a lot of time figuring out the best way to try to persuade him to do it if she wins,” said the source familiar with the transition planning. More