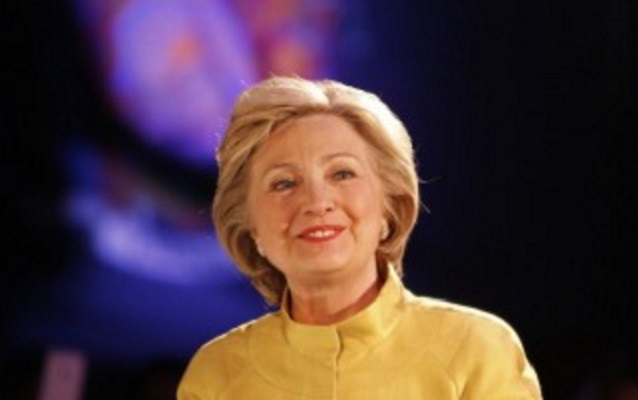 Why did Hillary just ignore the lawsuit? Maybe she doesn’t want to have to lie under oath since all she does is lie about everything.

The attorney for Pat Smith and Charles Woods has filed an affidavit in federal court asking for a federal judge to enter a default judgment against Hillary Clinton after she failed to respond to a lawsuit they filed in United States District Court in D.C. in August.

Smith and Woods are the parents of American U.S. Foreign Service member Sean Smith, and Navy SEAL Tyrone Woods, respectively. Both died during the September 11, 2012 attack on the U.S. consulate in Benghazi, Libya. They sued Clinton for wrongful death, defamation, and intentional and negligent infliction of emotional distress. The defendants say they served Clinton at her campaign office in Brooklyn, New York.

“Despite having been served in this matter, no appearance has been entered by Defendant Hillary Clinton, no responsive pleading has been filed or served upon counsel for Plaintiffs: no motions for extension of time have been filed,” attorney Larry Klayman wrote in an affidavit. Klayman runs the right-leaning Freedom Watch organization. He says for all of those reasons the Court “is requested to enter a Default against Defendant Hillary Clinton.”

According to our previous report, the parents of the Benghazi victims allege that Clinton lied to them about the cause of the attack. Clinton allegedly told them in a private meeting that the attack “was the result of [an]anti-Muslim YouTube video that had been posted online and that the creator of the video would be arrested.” The complaint alleges “Clinton has negligently, recklessly, and/or maliciously defamed Plaintiffs by either directly calling them liars, or by strongly implying that they are liars, in order to protect and enhance her public image.”

According to the Federal Rules of Civil Procedure, Clinton was required to respond or file for an extension 21 days after being served. Court records indicate a summons was issued on August 9, 2016. It is not clear, though, if it was properly served or if she ever received it. Though, news of the lawsuit was widely covered by the media. More