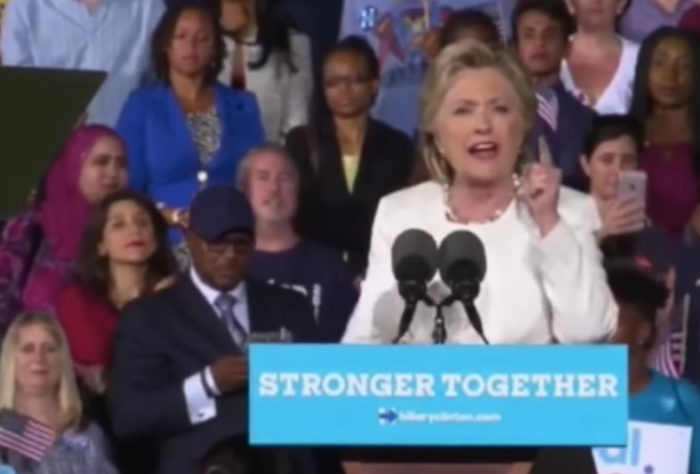 Hillary goes absolutely berserk! She explodes on Bill ‘rapist’ protester at rally… Oh the irony! She is an enabler to Bill’s “escapades”. She’s is just projecting again. She is so pathetic. Dragging integrity challenged Alicia Machado on stage with her yesterday at her sad little “rally” in Florida.

Democratic Party presidential nominee Hillary Clinton angrily reacted to a protester shouting “Bill Clinton is a rapist” at a campaign rally in Fort Lauderdale, Florida Tuesday night, saying, “I am sick and tired of the negative, dark, divisive, dangerous vision and behavior of people who support Donald Trump,” according to reports.

Protester interrupts Hillary Clinton shouting "Bill Clinton is a rapist." Clinton fires right back "I am sick and tired of the negative" pic.twitter.com/yncdkS90Bg

Mother Of Navy Sailor: Why Is My Son In Prison, When Hillary Isn’t?