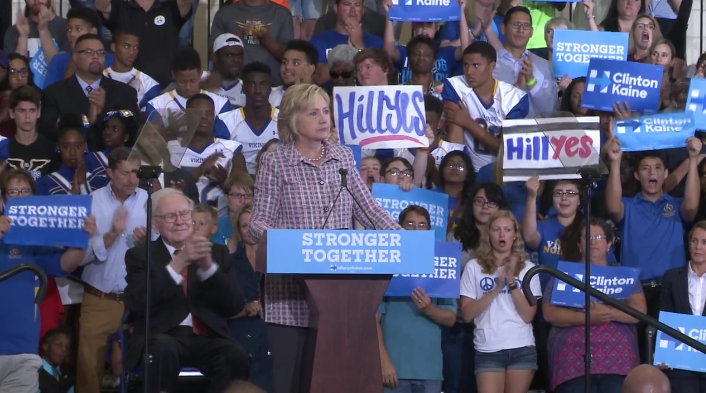 This just goes to show you that Hillary supporters will clap at anything at all. Are they even listening? Look at their faces, not a change in expression when she says that. Just clapping like seals. Folks, that was no slip you can bet her Wall Street bonus she will raise taxes on the middle class.

Daily Caller: Speaking at a campaign rally Tuesday in Nebraska with billionaire Warren Buffett, Democratic presidential nominee Hillary Clinton attacked Donald Trump for wanting to “cut taxes for the super-rich.” She then followed up by promising she would raise taxes on the middle class.

The crowd cheered and Clinton appeared unaware of her Freudian slip.

She has said she plans to cut taxes for the middle class, but an analysis by Americans for Tax Reform examines how Clinton’s tax proposals would actually raise taxes on the middle class.