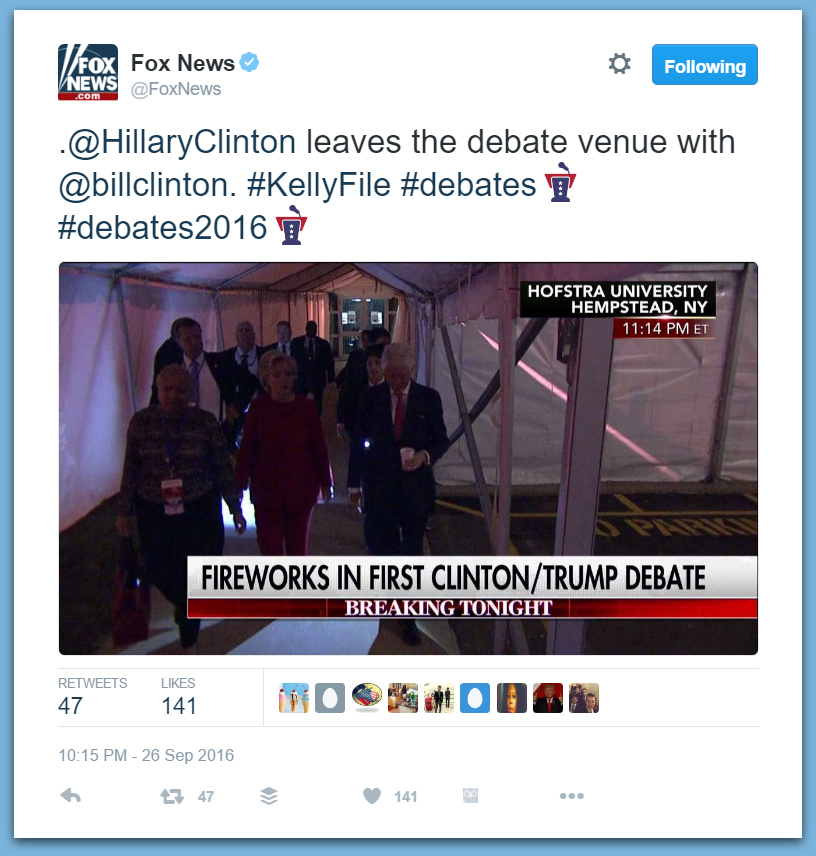 Hillary runs from reporters after debate, Trump speaks with CNN and Fox News…

Not answering questions is exactly what Hillary would do as POTUS. Best predictor of future behavior is past behavior… Did Hillary have to leave because her meds were about to be wearing off?

However, Trump spoke directly to Sean Hannity of Fox News and Dana Bash of CNN answering numerous questions in the post-debate madness.