The Clinton’s are as dirty as any pair of politicians in U.S. history!

Truly amazing how the mainstream media, the DNC, and the Obama Administration are quiet about their ties to Russia all while excoriating Trump & his inner circle about their alleged “collusion.”

WZ: Not to mention the uranium and the Podesta connections. Tony Podesta was actually acting as a foreign agent during the campaign lobbying against sanctions for a Kremlin-connected bank and John Podesta still hasn’t answered questions about the millions his company got from Russia. 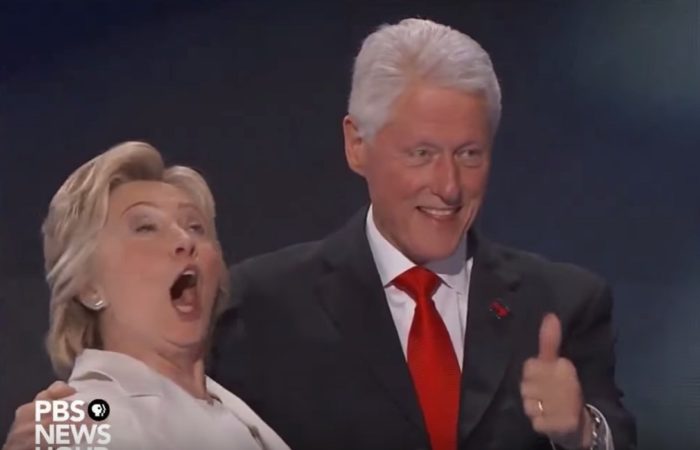 Fox News: The Russian lawyer who landed a meeting with Donald Trump Jr. during last year’s campaign with the promise of dirt on Hillary Clinton had one big thing in common with the Democratic candidate: Both had opposed Russia sanctions targeting human-rights abusers.

Further, former Secretary of State Clinton’s initial opposition coincided with a half-million-dollar speech her husband gave in Moscow – a link her 2016 campaign fought to downplay in the press, according to WikiLeaks-released documents.

Trump White House officials now are trying to draw attention to that speech and the Clintons’ ties to Russia in a bid to counter criticism over Trump Jr.’s now-infamous meeting.

“If you want to talk about having relationships with Russia, I’d look no further than the Clintons,” Deputy Press Secretary Sarah Huckabee Sanders said at a briefing last week. “Bill Clinton was paid half a million dollars to give a speech to a Russian bank, personally thanked by President Putin.” More