Everything must revolve around Hillary… At least in her narcissist mind!

The failed presidential candidate Hillary Clinton said it was “karma” that Matt Lauer was caught for allegedly sexually harassing and assaulting his employees. Sorry, Hillary but karma is what happened to you in the last election because of the predatory husband, and your disgusting attempt to destroy his victims.

Hillary Clinton thinks that former NBC host Matt Lauer’s demise is “karma” for how he questioned her about her private email server during the 2016 presidential campaign. 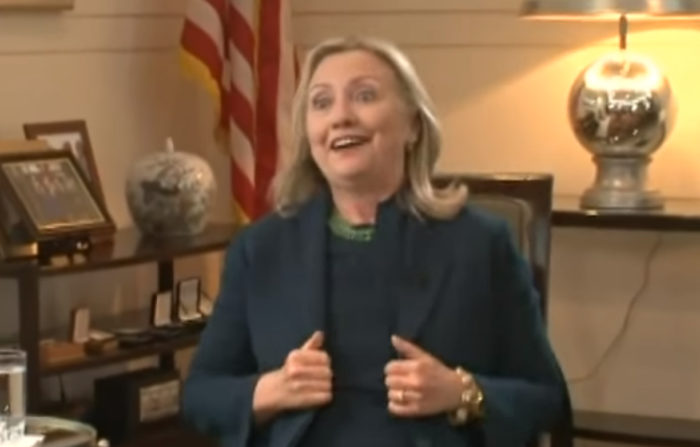 Clinton was in Philadelphia on Thursday promoting her campaign memoir, What Happened, when she was asked about Lauer being fired this week over allegations of sexual misconduct, the Philly Voice reported. Lauer faced a storm of criticism last year when several journalists and commentators deemed his questioning of Clinton at a candidate forum unfair and even sexist.

“Every day I believe more in karma,” Clinton said of Lauer.

She went on to describe how “men who shaped the narrative” of the campaign harmed her but are now under fire for sexual harassment, echoing how her supporters have tied Lauer’s alleged misconduct to his treatment of Clinton. She also repeated her past arguments about the election, primarily blaming a host of outside factors for her defeat. Read more at Free Beacon.