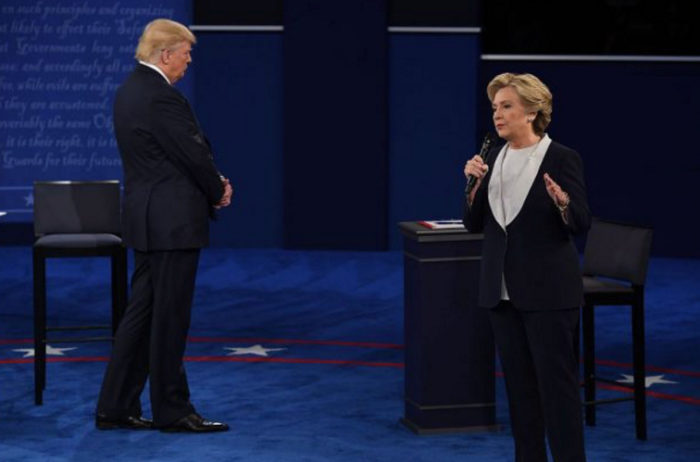 Hillary traumatized by debate Trump was “literally stalking me around the stage.”

Was Hillary implying she felt stalked by a person in front of millions of witnesses? Is she really that easy to intimidate?

Describing the experience to Ellen DeGeneres in an interview posted online Friday, Clinton said, “It was clear that my opponent Donald Trump was going to try to dominate the space almost to the exclusion of the people who were sitting there.”

“Because of the revelation of the public video and everything that came out […] he was really all wrought up and you could sense how much anger he had,” she continued.

“And so he was really trying to dominate and literally stalk me around the stage. And I would feel this presence behind me, and I would think, ‘Whoa this is really weird.’ I was just trying to stay focused, trying to keep my composure.