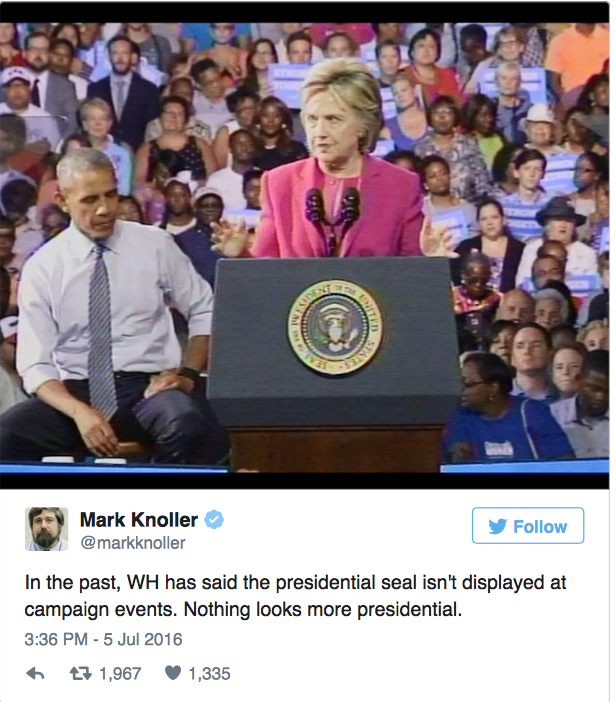 During the event, President Obama spoke before Clinton and used the official Presidential Seal for his remarks. When Clinton stepped up to the lectern it wasn’t taken down, but instead used by Clinton for her remarks as well. More

Punishable by fine and/or jail, unless you’re a Clinton.

In response to some tweets: Unofficial use of the presidential seal is a federal crime. Punishable by fine and/or jail.