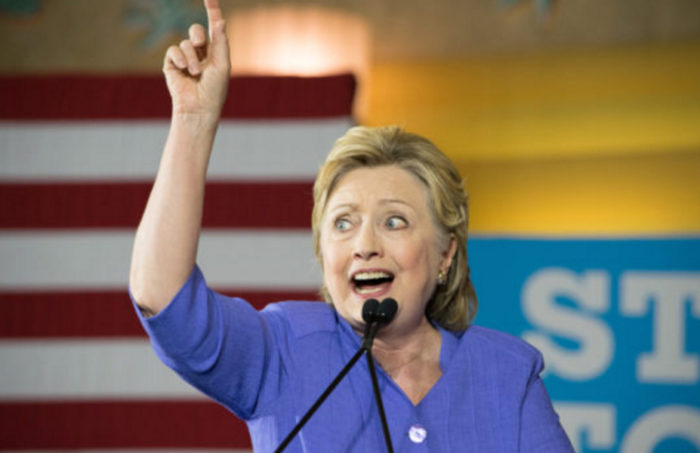 If Trump said this the mainstream media would  be going insane.

Liberals especially the Clinton are always projecting. Anything that they accuse the other side of is what they are doing. She suggests that her message is one of “hope and change” when in fact it is just more of the same.

Trump actually has ideas and is bringing some real common sense to this race.

Democratic Presidential nominee Hillary Clinton asks Americans to think hard before electing Donald Trump, suggesting that his “dark and dangerous” views might split the country, leading to civil war or even nuclear war.

“He has a dark and divisive vision for America that could tear our country apart,” Clinton said to supporters in Cincinnati, Ohio on Halloween.

Clinton specifically referred to the Civil War, suggesting that the country faced a similar threat of divisiveness from Donald Trump.

“Abraham Lincoln understood a house divided against itself cannot stand, and that was over the greatest of challenges – the challenge posed by slavery – and we fought a civil war,” she said.

She warned voters that it was time for the country to take the divisions in the country seriously.

“But we also have to take stock of how divided we are today, the kinds of divisions that need to be healed to bring people together,” Clinton added.