At this point, there’s tons of irrefutable evidence against Hillary Clinton, yet she continues to roam free… If Clinton’s go down, they won’t go down alone.

Does anyone honestly believe the Hillary will ever see the inside of a jail cell? 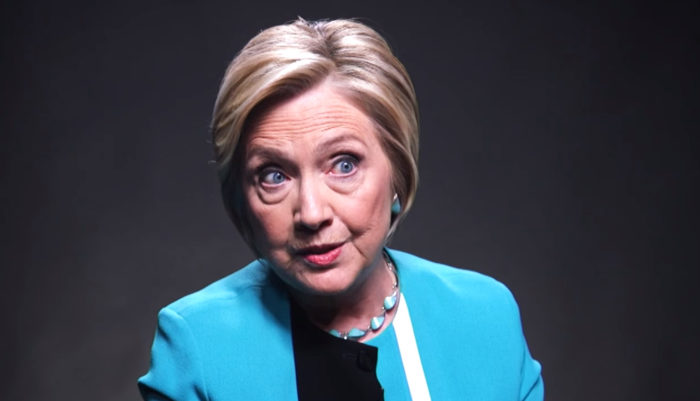 The complaint alleges Clinton and the DNC used state chapters as straw men to go around campaign donation limits, ultimately ‘laundering,’ the funds to her presidential campaign.

Dan Backer, the general counsel behind the complaint, believes the scheme mimicked a money laundering operation.

HVF solicited six-figure donations from major donors, including Calvin Klein and “Family Guy” creator Seth MacFarlane, and routed them through state parties en route to the Clinton campaign. Roughly $84 million may have been laundered in what might be the single largest campaign finance scandal in U.S. history. […]

Here’s what you can’t do, which the Clinton machine appeared to do anyway. As the Supreme Court made clear in McCutcheon v. FEC, the JFC may not solicit or accept contributions to circumvent base limits, through “earmarks” and “straw men” that are ultimately excessive — there are five separate prohibitions here.

Fox News host Tucker Carlson recently spoke to a lawyer who specializes in campaign finance. She said Hillary, back in the summer of 2015 moved the DNC’s bank account up to New York to the same bank she used–Amalgamated Bank.

Least we forget, Hillary Clinton and the DNC were also hit with their first FEC complaint in late October for hiding the Russia dossier payment. Read more at TGP.

Are we are seeing why so many Democrat candidates across the board have lost races over the past eight years because Obama and Hillary stole the money they needed to campaign?