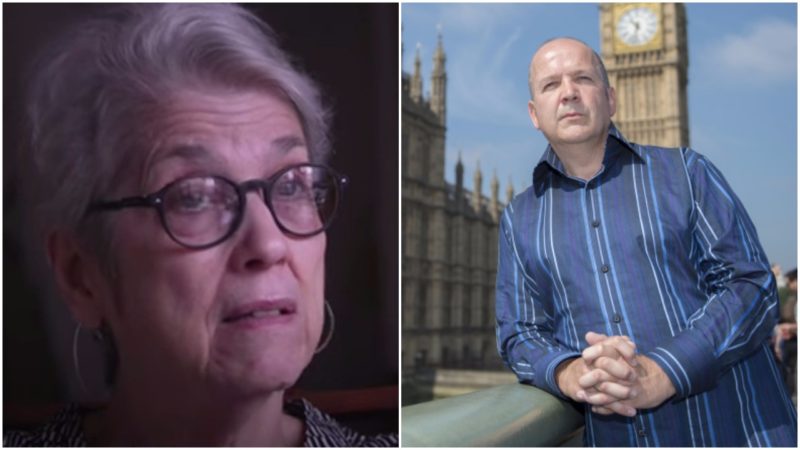 BUSTED! Hillary’s Hit Woman Lied About Trump Groping Her… Eye-witness comes forward: “It was she that was the one being flirtatious.”

If it was true why didn’t she slap him across the face in front of everyone in first class? I know in my younger years I’ve left a few men with bright red marks on their faces.

I just want Trump to fix our country and keep Hillary out of the White House.

It should be the lead story on every network, but you’ll likely only see it in a few places. It doesn’t change the fact however, that an eye-witness has come forward to say the woman accusing Trump of sexual assault on the plane, was actually pursuing him…

Donald Trump’s campaign says a British man is countering claims that the GOP presidential nominee groped a woman on a cross-country flight more than three decades ago.

The man says he was sitting across from the accuser and contacted the Trump campaign because he was incensed by her account — which is at odds with what he witnessed.

“I have only met this accuser once and frankly cannot imagine why she is seeking to make out that Trump made sexual advances on her. Not only did he not do so (and I was present at all times) but it was she that was the one being flirtatious,” Anthony Gilberthorpe said in a note provided to The Post by the Trump campaign.

In an exclusive interview arranged by the campaign, Gilberthorpe said he was on the flight — in either 1980 or 1981— where Jessica Leeds claimed Trump groped her.

Gilberthorpe, 54, said he was sitting across the first class aisle from the couple and saw nothing inappropriate. Leeds was wearing a white pantsuit, he said, while Trump was wearing a suit and cuff-links, which he gave to his British flight companion.

Indeed, Gilberthorpe claimed, Leeds was “trying too hard” in her attempt to win Trump over.

“She wanted to marry him,” Gilberthorpe said of Leeds, who apparently made the confession when Trump excused himself and went to the bathroom.

There was no kissing, but the “shrill” Leeds was “very much in your face” with the real estate developer.

Gilberthorpe made headlines in 2014, when he went public with a claim that as a 17-year-old he procured boys (some who “could have been” underage”) for sex parties with high-ranking British politicians.

Gilberthorpe has no evidence to back up his claim — just his self-described excellent memory.  More