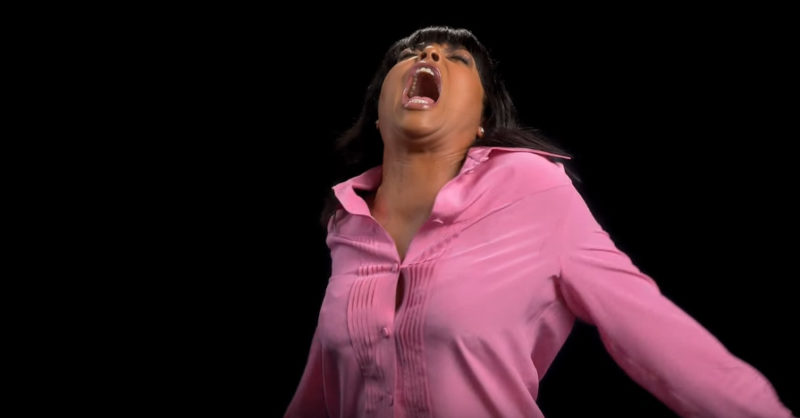 What the heck is this crap? This is the most pathetic thing I’ve seen thus far. They still just don’t really get it do they, this army of idiots can’t change what is about to come.

Donald Trump’s supporters have hit out at Hollywood once again, this time over a video of some of the biggest celebrities defiantly singing before his inauguration.

A new clip by W Magazine and Conde Nast Entertainment shows the likes of Emma Stone, Natalie Portman and Amy Adams reciting the disco classic I Will Survive.

The star-studded cast is seen participating in a ‘lyrical improv’ reading of the Gloria Gaynor song in the video, released just days before Trump will be sworn in.

It’s already racked up more than a million views, but many of Trump’s most fervent fans found the video to be ‘pathetic’, ‘out of touch’ and even ‘uncool’. More