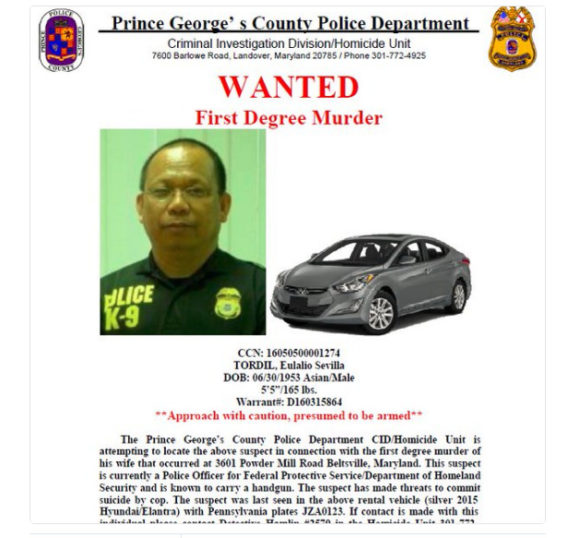 PR machinery hasn’t had time to refer to him as a “former” Homeland Security Officer just yet.

Police were hunting for a gunman suspected of shooting and critically wounding three people in a mall parking lot in Bethesda, Md. Friday morning — and said they were looking into whether it was linked to deadly shootings at a nearby supermarket and a high school.

Investigators wanted to contact a person of interest in the Westfield Montgomery Mall shooting, Montgomery County Assistant Police Chief Darryl McSwain said. He did not name the man, but said, “hopefully we can capture him in the near future.”

The shooting at the Giant Food supermarket in Aspen Hill, roughly 8 miles away, left one woman dead Friday morning.