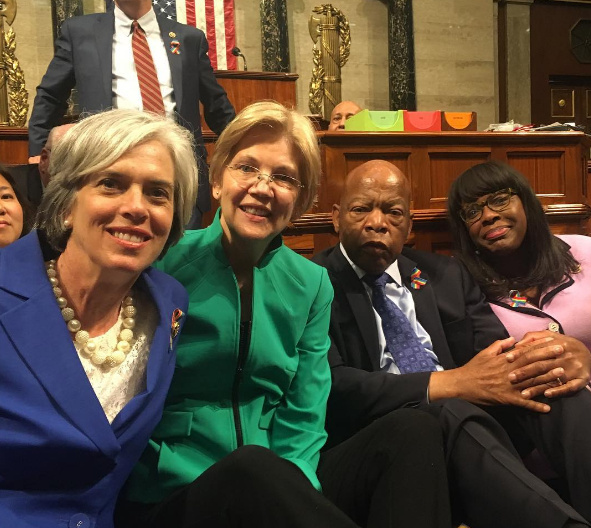 If they do pass it, every single conservative will end up on the no fly list…

Children sit on the floor & whine when they don’t get their little baby way! Lock the doors, turn the lights off, and leave them there. Anyone care?

WASHINGTON — Democratic lawmakers launched an extraordinary protest Wednesday, staging a sit-in on the House floor, bringing legislative business to a halt to highlight their demand for a vote on gun control legislation. But Speaker Paul Ryan, R-Wis., said the dramatic protest was simply a “publicity stunt.”

Scores of House lawmakers took to the House floor before noon and refused to let Republicans resume regular business until the House votes on gun control. They took turns for hours talking about gun violence, ticking off mass shootings in  Newtown, Conn., Charleston, S.C., San Bernardino, Calif., and Orlando, Fla., where Omar Mateen slaughtered 49 people and injured 53 others June 12.

Rep. Ted Poe, R-Texas, attempted to gavel the House into order at noon, but when the Democrats refused to quiet, he gaveled the House into recess instead.

House Minority Whip Rep. Steny Hoyer, D-Md., suggested early on that could be a marathon recess, and Democrats continued to hold the floor long into the evening. More