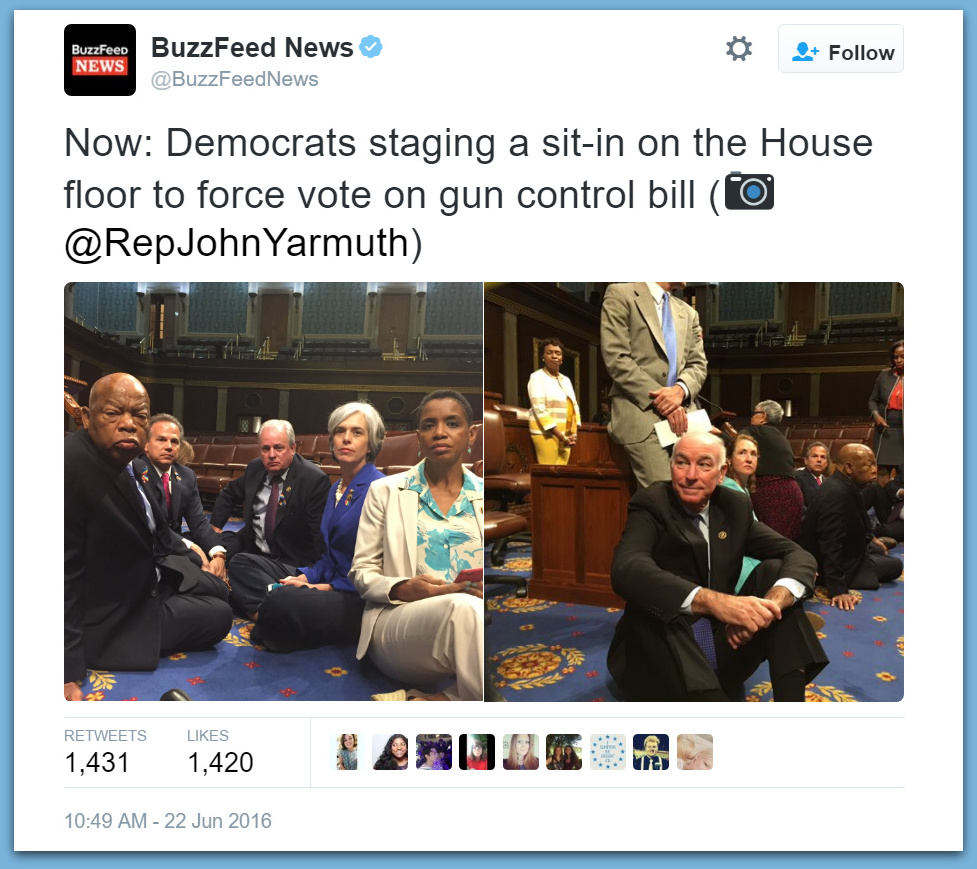 WZ: They already had a vote this week that they lost. A compromise bill is being proposed for a vote sometime in the near future, but Democrats are claiming Paul Ryan blocked vote on issue today. They want those on the ‘no fly list’ to not be able to get guns. Due process? Not something they care about. 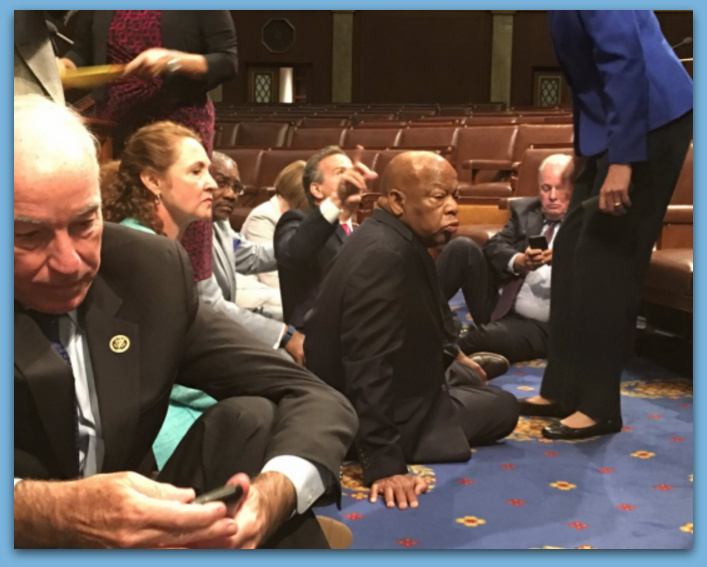 VOX: A week after a Senate filibuster forced a vote on gun control measures, Democrats in the House of Representatives are holding a sit-in on the House floor to try to get Republicans there to do the same.

“The time for silence and patience is long gone,” Rep. John Lewis, the Georgia Democrat and hero of the civil rights movement who is leading the sit-in, said in a stirring speech Wednesday morning. “The American people are demanding action. Do we have the courage, do we have the raw courage to make at least a down payment on ending gun violence in America?”