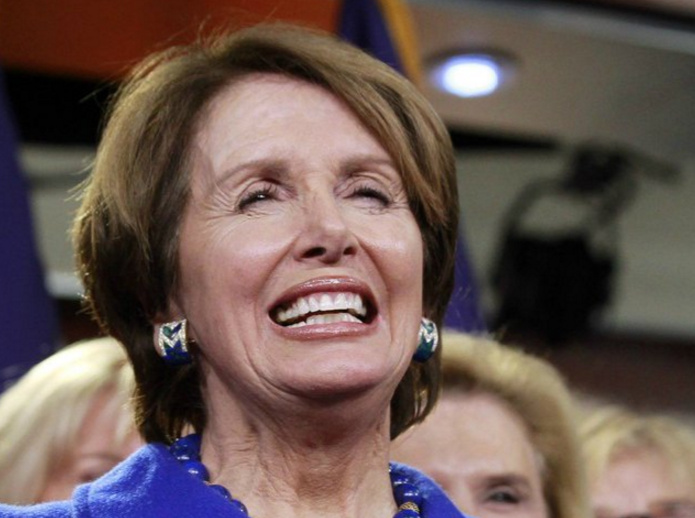 That’s just great Democratic Party… just keep proving over and over and over that you have absolutely nothing to offer to the American middle-class.

House Democrats re-elected Nancy Pelosi as their leader Wednesday, ratifying the status quo in a changing Washington despite widespread frustration over the party’s direction.

That disenchantment manifested itself in 63 lawmakers supporting Pelosi’s opponent, Ohio Rep. Tim Ryan, in the secret-ballot vote. That was by far the largest defection Pelosi has suffered since she began leading House Democrats in 2002.

Still, the California lawmaker had declared ahead of time that more than two-thirds of the caucus was supporting her, and she won almost exactly two-thirds with 134 votes. It was a testament to her vote-counting skills and to her ability to hang onto power even in dark days for Democrats, as they confront a capital that will be fully controlled by the GOP next year.

Supporters said the 76-year-old Pelosi was their best bet to confront a President Donald Trump from a defensive crouch in the minority after Democrats’ picked up only a half-dozen seats in the House, far fewer than anticipated. Republicans are on track to hold at least 240 seats in the House next year, while Democrats will have 194. More

Jill Stein Asks For Another $2.4 Million For Recounts