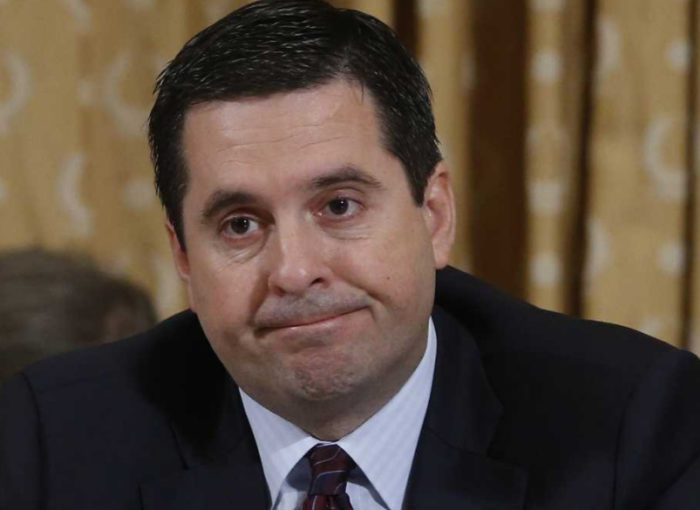 Wikileaks has already said over and over again they got it from within the DNC, and they have never been shown to be wrong.

So why is the FBI Director flipping from prior FBI opinion without new evidence? And why is this all just leaks in any event, without the CIA being willing to brief the House? Answer: pressure and a Monday vote.

The head of the House Permanent Select Committee on Intelligence is “alarmed” the FBI concurred with the CIA’s assessment regarding Russia’s alleged interference in the presidential election without informing Congress.

The CIA has not issued any public statements, and all assertions are based on anonymous leaks.

Congress and the federal government are both currently engaged in concurrent investigations into the allegations that Russia wanted President-elect Donald Trump to win the presidency. FBI Director James Comey agreed with the CIA’s assessment, according to a Washington Post report Friday, however, earlier reports citing lawmakers briefed by the FBI stated the FBI did not concur with the CIA.

“In the course of the House Intelligence Committee’s ongoing oversight of cyber-attacks during the U.S. presidential campaign, we have not received any information from Intelligence Community (IC) agencies indicating that they have developed new assessments on this issue,” said chairman Rep. Devin Nunes in a statement Friday.

Nunes said he was “alarmed” that new information regarding the investigation “continues to leak to the media but has not been provided to Congress,” despite his Dec. 12 letter which requested further information on Russian involvement in the election. Nunes also noted he requested the intelligence community to provide a classified briefing in order to “set the record straight” on its current assessment of the issue. More