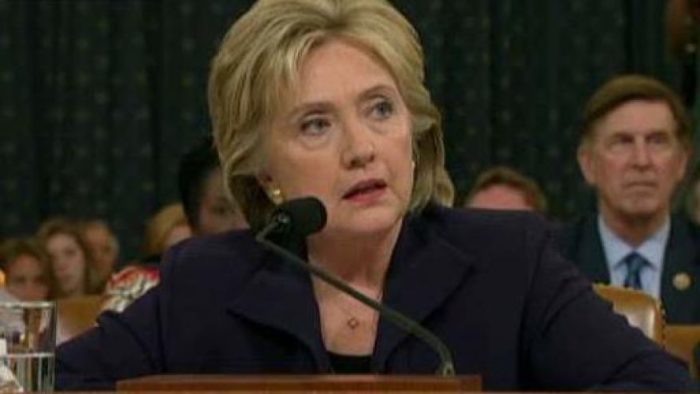 But will these perjury allegations actually end in charges? Or will it just be another show and Hillary getting away without charges again…

House Republicans have detailed perjury allegations against Hillary Clinton, citing the apparent conflict between her 2015 congressional testimony about her email practices and the FBI’s conclusions announced in July, according to a letter to the U.S. attorney for the District of Columbia.

The Justice Department Assistant Attorney General for Legislative Affairs, Peter Kadzik, confirmed in an Aug. 2 letter to both committees they had the perjury investigation request and the department would “take appropriate action as necessary.”

The one-page response offered no timeline nor specific commitment to act on the allegations.

Chaffetz and Goodlatte, who have direct oversight for the FBI, wrote to the U.S. attorney that Clinton testified under oath on Oct. 22, 2015, before the Benghazi Select Committee, where she also took questions about her email practices from Republican congressman Jim Jordan of Ohio.

“Secretary Clinton stated ‘there was nothing marked classified on my emails, either sent or received,” the letter states. However,  FBI Director James Comey said July 5 that a “very small number of the emails containing classified information bore the markings indicating the presence of classified information.”  At least three emails had a (C) for Confidential which is the lowest level of classification. Fox News first reported in June that classified markings existed, despite Clinton’s public claims.

The letter continued, “Contrary to her sworn testimony, Secretary Clinton’s lawyers did not read each email in her personal account to identify all the work related messages.”

Clinton told Jordan that her team “went through every single email.” The FBI Director said his investigators found that Clinton’s lawyers did not read all the emails, and relied on a narrow set of search terms to identify which emails were work-related.

“The lawyers doing the sorting for Secretary Clinton in 2014 did not individually read the content of all her e-emails,” Comey said July 5. Instead, they “relied on header information and used search terms.”

Clinton also testified to Congress there was only one server.

But the FBI Director said investigators found “Clinton used several different servers and administrators of those servers during her four years at the State Department and used numerous mobile devices to review and send e-mail on that personal domain.”

The congressmen emphasized that while Clinton told Congress, and the public, she turned over all her work-related emails, the FBI found otherwise. More