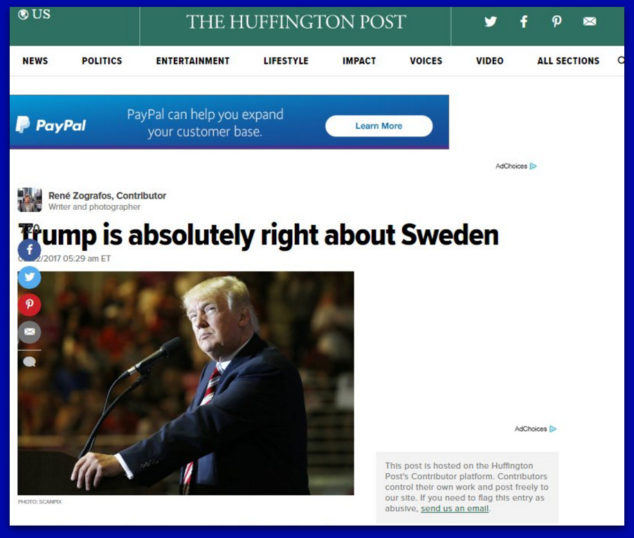 Of course they removed it, the truth has no place in the liberal media. Watching the MSM “reporters” sneer in contempt of Trump’s Sweden remark is indicative of how utterly ignorant the liberal media is on what is really happening right now in Europe.

Has the left has politically aligned itself with radical islam under the “thinking” that the enemy of my enemy is my friend?

Rene Zografos, whose home country neighbors Sweden, wrote that it’s not politically correct “for journalists to say or write that immigration in Europe is unsuccessful.” Even though critics in media the mocked Trump, Zografos wrote, “he is actually spot on.”