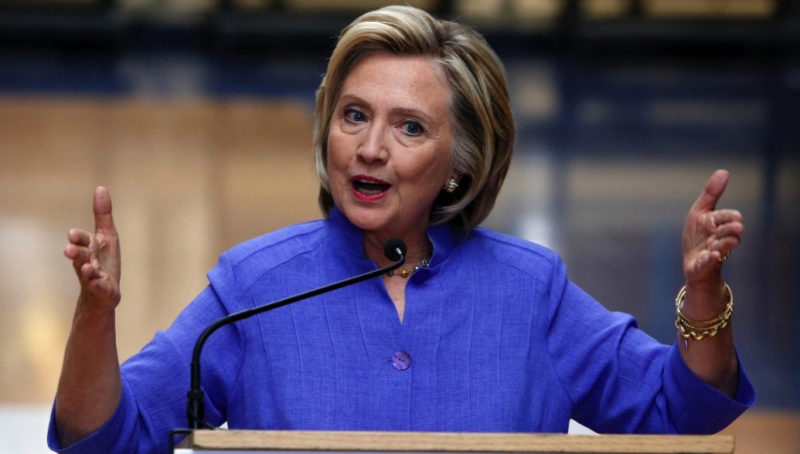 Champion of women, well just not for those she employs. Maybe the bigger question is why all these high priced jobs were needed for a foundation which claims it just funnels most of its donations to other nonprofits.

“Essentially here are the key take aways: 3 out of the 11 highest paid employees of the Foundation are women,” Karuna Seshasai, a future Clinton campaign staffer, wrote in a Feb. 24, 2015 email released by Wikileaks on Tuesday.

Seshasai had been put to the task of analyzing Clinton Foundation pay after the publication of reports showing a gender pay gap at Clinton’s Senate office.

The former secretary of state has billed herself as a champion of equal pay. She adheres to the disproved claim that women are paid 77 cents for every dollar paid to men doing the same work.

Seshasai went on to lay out the massive gender pay gap at Clinton’s family charity.