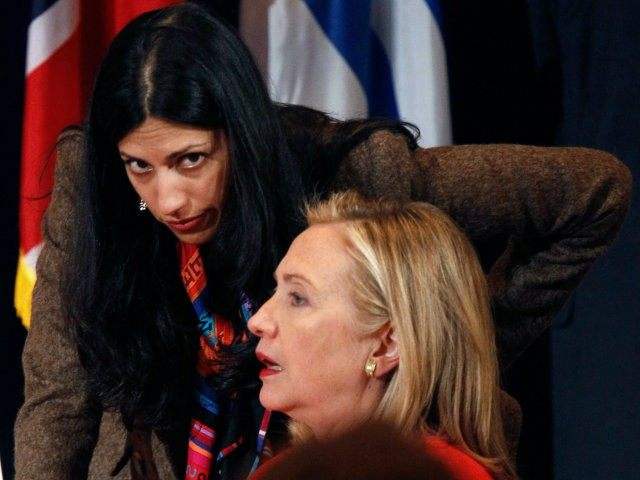 She could have given the Russians our nuke codes and the liberals would careless… Can the American people get justice for her carelessness and lock her up already?

Judicial Watch has exposed so many government wrongs but the best thing they’ve accomplished in the past year is to expose the inept Clinton campaign and Hillary Clinton State Department.

Hillary Clinton wanted to be president but she can’t even send email on a secure server…she exposed classified information to hackers and foreign agents.

She just told a group of women during a speech yesterday that she would love to be in the White House…We’ve so lucky she didn’t make it there! She was a disaster as a candidate and continues to be a total disaster as a wannabe politician…She needs to go home and bake some cookies or something…;)

The emails, were obtained in response to a court order from a May 5, 2015, Freedom of Information Act (FOIA) lawsuit filed against the State Department after it failed to respond to a March 18 FOIA request (Judicial Watch, Inc. v. U.S. Department of State (No. 1:15-cv-00684)). The lawsuit seeks:

In a February 2010 email exchange Jake Sullivan, then-Deputy Chief of Staff to Clinton, sent to Clinton’s and Abedin’s unsecure email accounts information that the State Department has classified as the material includes information “to be kept secret in the interest of national defense or foreign policy; foreign relations or foreign activities of the US, including confidential sources.” The redacted information concerns “former GTMO [Guantanamo] detainee Binyam Mohamed” and Mohamed’s request for “various classified intelligence documents” that contained U.S. intelligence information related to his detention before he was taken to Guantanamo. More

Biden Refers to GOP Governors As Neanderthals for Ending Mask Mandate In Their States
March 3rd, 2021 Flag And Cross

Texas Justice Of The Peace And Three Others Arrested, Charged With 125+ Counts Of Voter Fraud
March 3rd, 2021 The Lid

Another Doctor Comes Forward: For All The Information That Is Out On This Fraudulent Plandemic, One Has To Ask Why No One Has Been Charged (Video)
March 3rd, 2021 Sons of Liberty Media