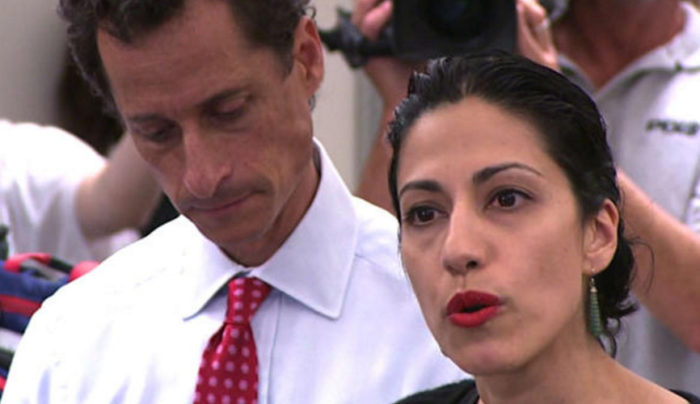 Huma Abedin has to be lying about not knowing the emails were on Weiner’s computer. Don’t you think?

A lawyer for Huma Abedin insists in a statement that the top Clinton aide had no idea a laptop belonging to her husband Anthony Weiner had some of her emails on it.

“She only learned for the first time on Friday, from press reports, of the possibility that a laptop belonging to Mr. Weiner could contain emails of hers,” Abedin’s lawyer Karen Dunn said in a statement.

The statement clarified that Abedin had not been contacted by the FBI about the laptop, and would continue to cooperate with law officials in the investigation.

“Ms. Abedin’s willing cooperation has been praised by Members of Congress and law enforcement officials alike,” the statement read.

Abedin, one of Hillary Clinton’s closest aides, has abruptly stopped traveling with the candidate and gone dark while the campaign tries to dodge the latest news threatening to take down Clinton’s campaign. More