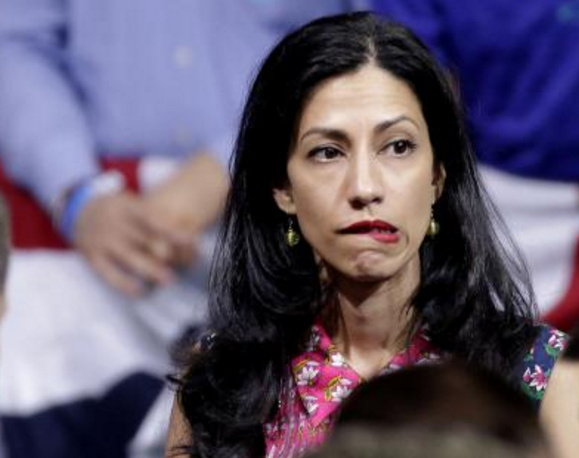 If Huma goes down on this we can only imagine the dirt she has on Hillary Clinton. Perhaps assisted suicide is in Huma’s future?

Interesting read, we would just note we do not yet know definitively that the emails found involve classified information, although it would seem logical to deduce that based upon the FBI re-igniting the case.

Agents reportedly found thousands of State Department-related emails ostensibly containing classified information on the electronic devices belonging to Weiner and his wife and top Clinton aide Huma Abedin. The discovery has prompted FBI Director James Comey to, on the eve of the election, reopen the Clinton case he prematurely closed last July.

How did agents examine the devices? By seizing them. It’s a common practice in criminal investigations, but one that clearly was not applied in the case of Clinton or her top aide — even though agents assigned to that case knew Abedin hoarded classified emails on her electronic devices.

The two special agents who interviewed Abedin on April 5 noted as much in their 302 summary of their interview, which took place at the FBI’s Washington field office and notably was attended by the chief of the FBI’s counterespionage section.

On page 3 of their 11-page report, the agents detail how they showed Abedin a classified paper on Pakistan sent from a State Department source which she, in turn, inexplicably forwarded to her personal Yahoo email account — an obviously unclassified, unencrypted, unsecured and unauthorized system. The breach of security was not an isolated event but a common practice with Abedin.

“She routinely forwarded emails from her state.gov account to either her clintonemail.com or her yahoo.com account,” the agents wrote. Why? “So she could print them” at home and not at her State Department office.

Abedin contended that she “would typically print the documents without reading them” and “was unaware of the classification.” Uh-huh. More