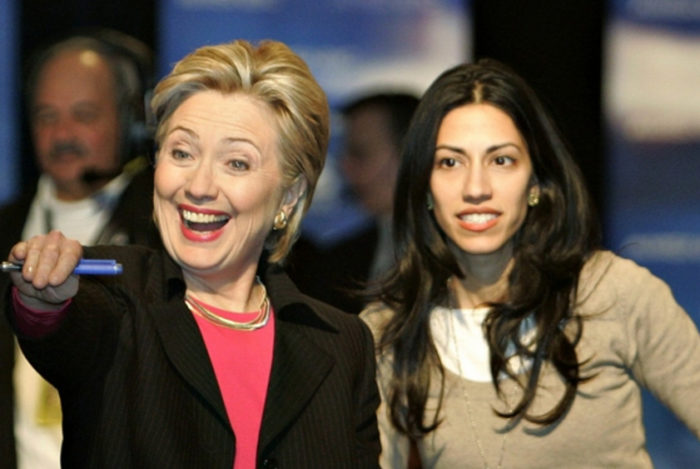 Just wait for the debates Trump will tear her to shreds. We are wondering if that would put Hillary under enough stress that it would cause her to become really “confused” on live TV? We find it hard believe the democrats don’t know that she isn’t fit to run for president.

In November 2015 Judicial Watch released this information obtained from emails being sent to and from Hillary Clinton’s top aide Huma Abedin. 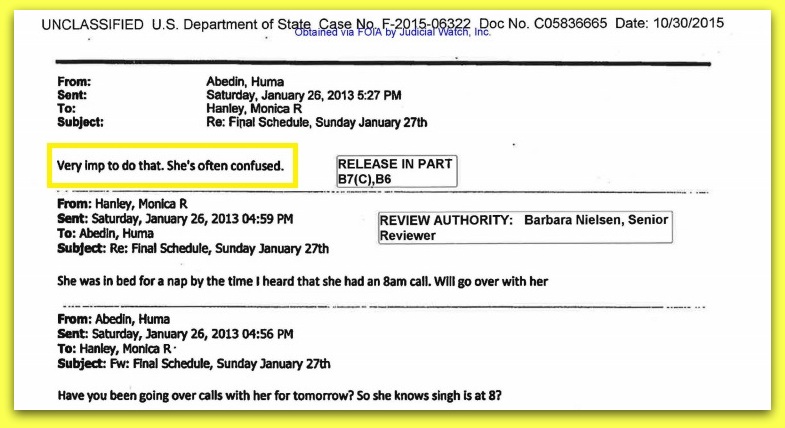 The newly released Abedin emails included a lengthy exchange giving precise details of the Clinton schedule on the Secretary’s final full day in office, Wednesday, January 31, 2013. The email from Lona J. Valmoro, former Special Assistant to Secretary of State Clinton, to Abedin, other top State Department staff, and Clinton associates, reveals exact times (including driving times) and locations of all appointments throughout the day… More