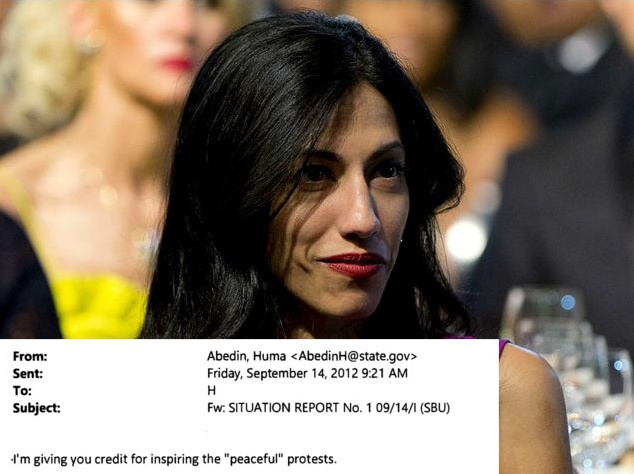 The creepy arrogance of the political class. I really don’t have much to say about this. It speaks for itself. And it’s ugly. 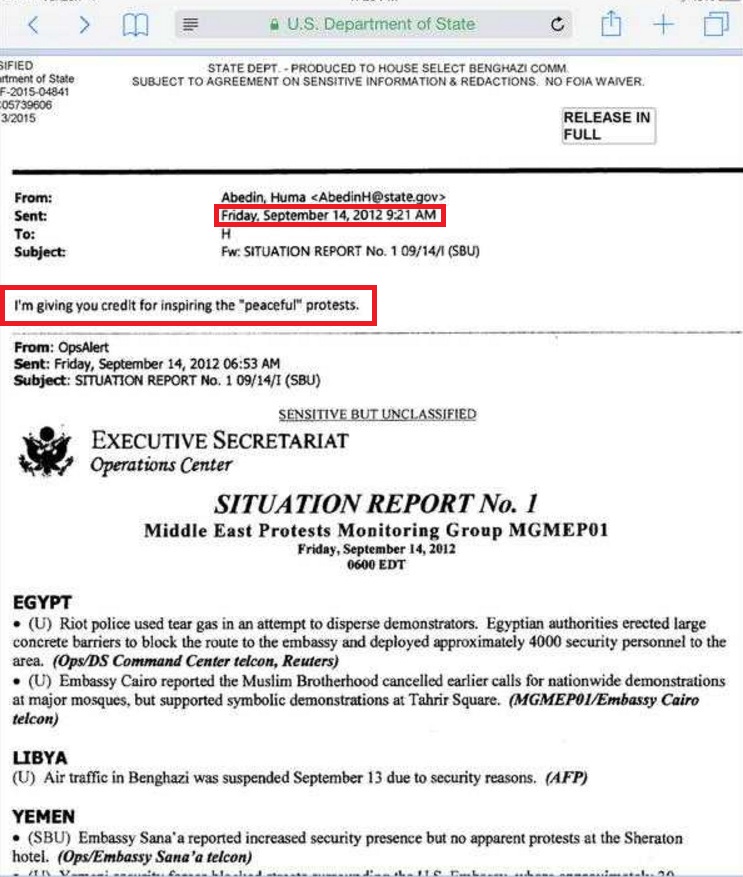 From September 11 for about two weeks there were protests elsewhere such as in Yemen and Egypt, allegedly against the video. The protests tended to take place in areas where Al Qaeda had an influence such as in Yemen and in Egypt where protests were organized by the brother of the Al Qaeda leader and went off at the same time as the attack in Benghazi. Islamists stormed the U.S. Embassy and outer courtyard was breached, the flag was ripped down and burnt, walls were graffitied praising Osama Bin Laden. People were injured at some of the other protests.

These are the ‘peaceful’ protests that Huma was joking about. More

Waving the Al Qaeda flag on the walls of the U.S. Embassy: 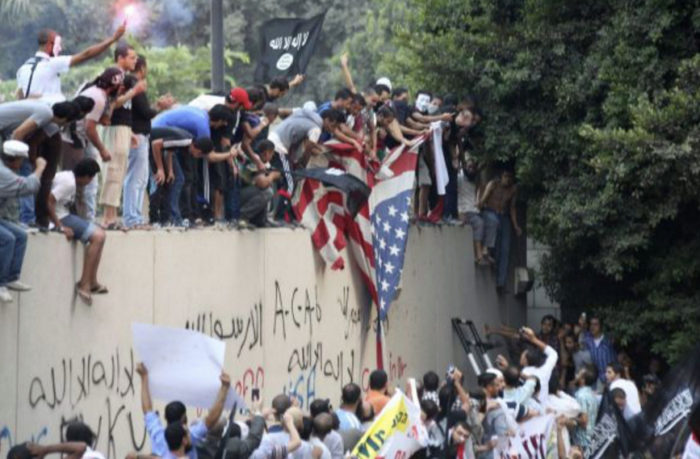