Perfect. I would like to see a whole lot more of this. Did they arrest the restaurant owner too? Once they start doing that, this stuff will stop. Put the fear in employers who hire these illegals. The owner should pay a big time fine for not vetting their employees.

WZ: The chef wasn’t one of those arrested. Ann Arbor is listed as a sanctuary city. 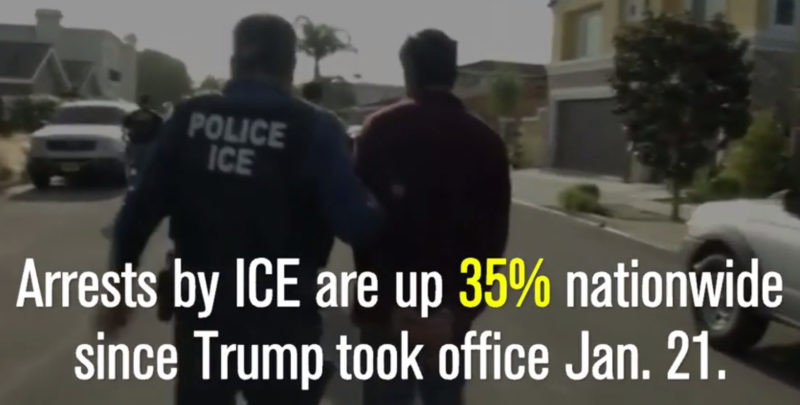 Chicago Tribune: The owner of a Michigan restaurant said U.S. immigration agents who were conducting enforcement at the business ate breakfast — and complimented the chef — before arresting three workers, according to media reports on Thursday.

The Ann Arbor News reported that two of the men arrested Wednesday at Sava’s Restaurant remain in custody. Immigration and Customs Enforcement officials said agents were doing “a targeted enforcement action” at the Ann Arbor restaurant.

ICE officials said two of the men entered the country illegally and another overstayed his visa. Authorities said the men tried to leave the restaurant before being arrested. Another man was handcuffed and briefly detained, then released after showing agents his permanent resident card.

Restaurant owner Sava Lelcaj told the newspaper several agents came to the restaurant near the University of Michigan, and two ate breakfast at the restaurant bar. One ate waffles and bacon and the other eggs and toast. Lelcaj said they praised the food before entering the kitchen area. More