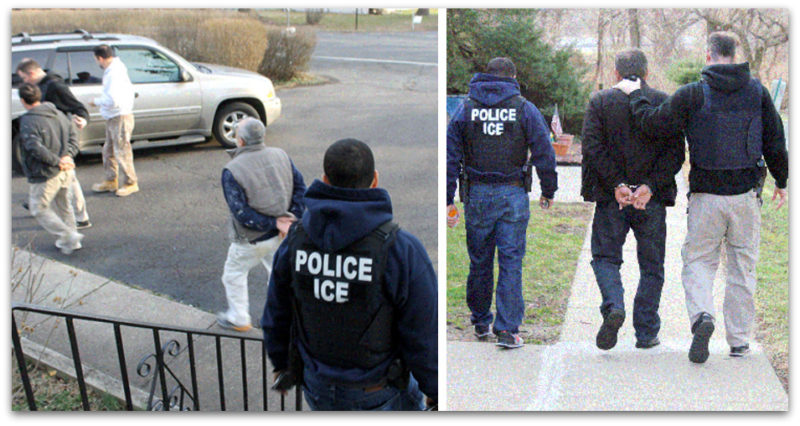 While ICE is arresting the fugitives, should the FBI follow in and arrest the mayors and city councilmen who were harboring these criminals?

ICE is currently only going after those with a criminal record, so why didn’t Obama have them picked up and shipped out?

Making good on the president’s campaign pledge to target illegal immigrants with criminal records or facing charges, Immigration and Customs Enforcement Tuesday announced the arrest of 248 in just three states, including 50 previously deported.

ICE officials said that the arrests by Enforcement and Removal Operations were in Pennsylvania, West Virginia, and Delaware. They occurred Monday, Feb. 27, 2017 through Friday, Mar. 10, 2017.

“ICE officers make extraordinary efforts to keep our communities safe, and this operation is just a small example of what they do every day. ERO officers took oaths to protect the homeland and to arrest individuals in violation of immigration laws,” said ERO Philadelphia Acting Field Office Director Jennifer Ritchey in a statement. “This operation resulted in multiple arrests of individuals with violent criminal arrests or convictions in the three-state region,” she added.

The focus was Philadelphia, a so-called “sanctuary city” that has been refusing to comply with ICE demands that city law enforcement detain illegals for arrest. More