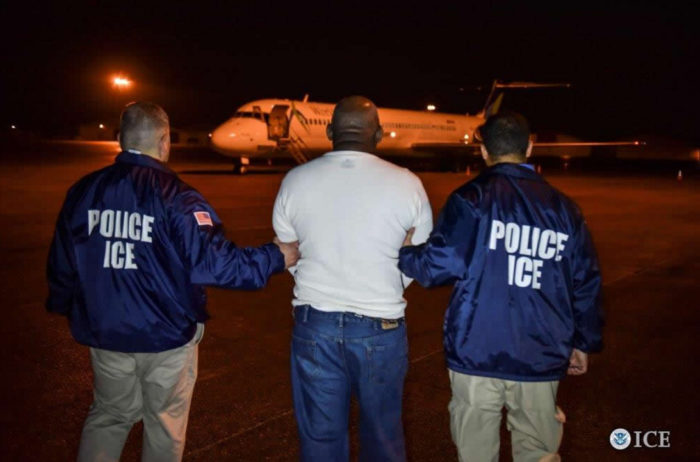 Photo from Immigration and Customs Enforcement

ICE ramps up its efforts to keep all Americans safe.

The left just loves to talk about how deportation breaks up family units, but didn’t these illegals leave their families to come here? I have no problem shipping these people out with their entire family. Problem solved.

The New York Times is reporting that U.S. Immigration and Customs Enforcement aka ICE has made over 600 arrests last week of illegal immigrants across the Untied States.

…But Gillian Christensen, acting press secretary for the Department of Homeland Security, said, “The focus of these targeted enforcement operations is consistent with the routine, targeted arrests carried out by ICE’s Fugitive Operations Teams on a daily basis.”…

…“All these people are in violation of some sort of immigration law,” the official said, adding that some of their convictions included rape and aggravated assault. “We’re not going out to Walmart to check papers — we know who we are going out to seek.”

The article goes on to state that there were many false rumors floating around social media. Most of those who circulating rumors are looking to sensationalize the story and cause mass panic and fear in hopes that some how they will be able to change policies and laws. More