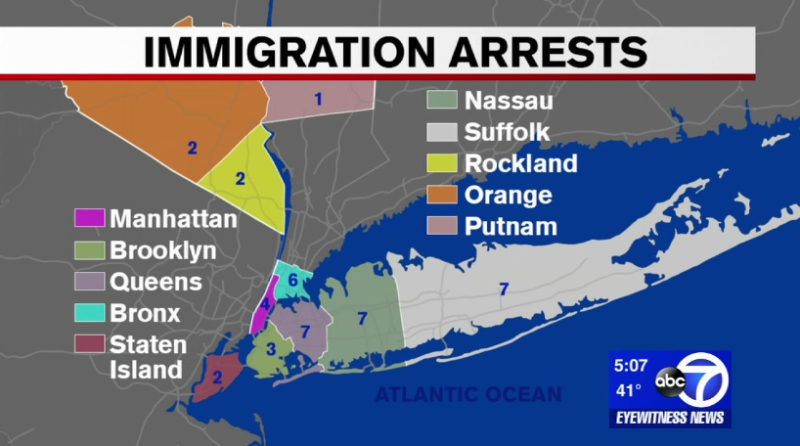 Great job, ICE! How many more to go? Mayor Bill de Blasio’s head must be exploding.

Wouldn’t it be easier to just enact universal E-verify so millions of illegal aliens would be dumped from their illegal jobs?

Federal officials have released details about the dozens of illegal immigrants arrested in the New York City area during a nationwide raid last week.

U.S. Immigration and Customs Enforcement officials arrested 41 people in the five boroughs and surrounding areas. Of those, 38 had criminal convictions.

No names were released in the list sent by federal officials, but details about their criminal past and location of arrest were included. More

You’d Better Watch Out: The Surveillance State Has a Naughty List, and You’re On It
December 8th, 2021 Sons of Liberty Media