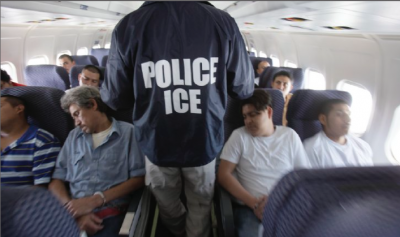 The looks of politics are much more important to Obama and his administration than the safety of the American people. ICE was just following their orders.

The Obama administration, forced to cut spending under the congressional sequester, ordered immigration officials to slash jailed illegals by over 5,000, including some accused of “terroristic threats,” drunk driving, drug and gun possession and sexual assault, according to newly revealed emails.

Hundreds of emails obtained by the Immigration Reform Law Institute under a Freedom of Information Act demand showed urgent demands from Washington to Immigration and Customs Enforcement outposts around the country to release illegals after the 2013 sequester went into effect.

The administration tried to prioritize non-criminal illegals for release, but pressure to move fast prompted the release of criminals. Several illegal immigrants detained for terrorist activities were cited in release emails obtained by the Institute.

Its investigation, on behalf of the Federation for American Immigration Reform, portrayed the Department of Homeland Security’s immigration agencies scrambling to cut the number of jail beds it was filling in a cost-cutting move to slash some $84 million taken in the budget sequester.

“These emails make it crystal clear that the administration was more concerned with the political optics of its immigration enforcement efforts than with its duty to keep Americans safe from criminal and illegal aliens,” said FAIR spokesman Dave Ray. “Unfortunately, some American families paid the ultimate price – the loss of a loved one – for this political theater.”

President Obama’s immigration policies have been plagued with violence and even murder by illegal aliens released from jails instead of being deported.

News reports at the time put the number of those released at some 2,000, but the new emails show that officials demanded a cut over just one month of 5,432 for a cap of daily illegals held of 25,748. Administration officials said at the time that the reduction was simply part of the daily “ebb and flow,” not an order issued by top ICE officials headlined “Short Turnaround.” More