A GoFundMe page has been set up by Nassau County, FL residents to fund a statue that will be placed near the spot where Deputy Eric Oliver was killed to commemorate his service.

The sentence should have been life. The sentence does not fit the crime. Until we decide to get tough people will never pay attention.

Nassau County Deputy Eric Oliver was chasing twice deported Francisco Portillo-Fuentes, of El Salvador, when he was struck and killed by a vehicle. Portillo-Fuentes was deported as recently as August of 2016 and had just ILLEGALLY re-entered the US two days before the incident that led to the death of 32-year old Deputy Oliver. Although his intent was not to kill the deputy, the fact remains that had Portillo-Fuentes not been living in the United States after being TWICE deported, Deputy Oliver would still have been alive today. Deputy Eric Oliver was also a Navy veteran who served two tours in Iraq. 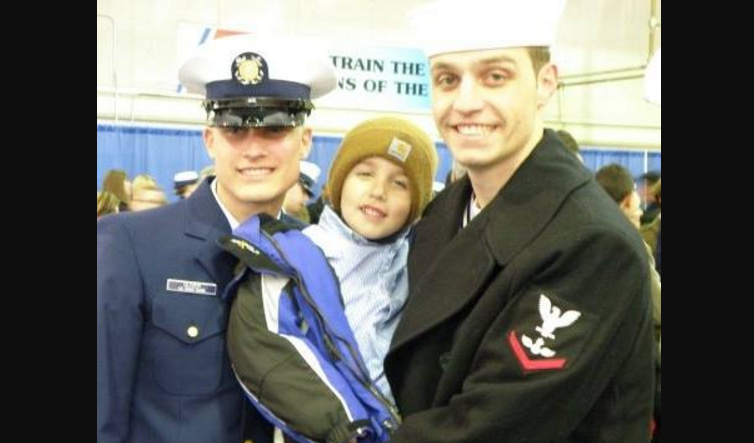 Deputy Eric Oliver (R) pictured while serving in the US Navy. Facebook image.

The El Salvadorian man who ran from Border Patrol and Nassau County deputies in November was sentenced Monday to two years in prison, then to be deported. That is the maximum sentence for Francisco Portillo-Fuentes’ violation for illegal re-entry.

Portillo-Fuentes, 26, will then be deported for a third time. He will remain on supervised release in El Salvador for one year, and face even more jail time if he were again found in the United States.

Nassau County Deputy Eric Oliver was struck and killed by a car as he ran after Portillo-Fuentes. State prosecutors are still investigating to see if Portillo-Fuente will face charges related to Oliver’s death. More