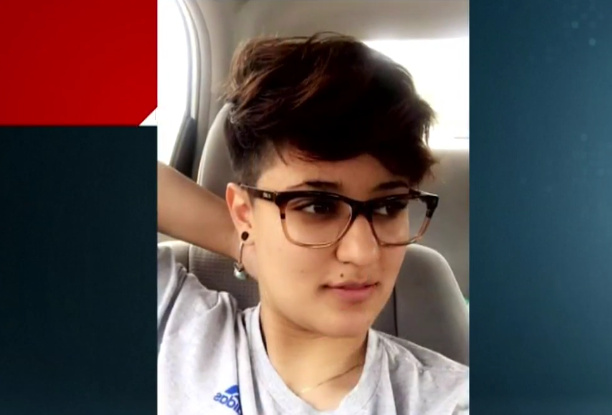 When you really think about it, the fact that illegal aliens are arrested by Immigration officers is making “news” is just crazy. Thank God we are now heading in the right direction. Gives me great hope!

Moments after an immigrant spoke out about her fears of deportation, she was detained by Immigrations and Customs Enforcement.

Daniela Vargas, 22, was detained by ICE agents Wednesday morning, shortly after speaking at a news conference in downtown Jackson, according to her attorney, Abby Peterson.

The news conference was hosted by local immigration attorneys, churches and the Mississippi Immigrants Rights Alliance to bring attention to families impacted by deportation.

Vargas’ brother and father were detained outside their home by ICE agents in February. Vargas hid in the closet. When she was discovered by agents, she was temporarily handcuffed and then released.

Vargas was 7 years old when her family came to America from Argentina, placing her under the Deferred Action for Childhood Arrivals, or DACA, immigration policy. Under the policy, DACA recipients have to reapply every two years. Vargas’ DACA is expired but her renewal application is pending.

Peterson said she told agents via telephone Vargas had a pending DACA case. However, agents reportedly told Peterson that Vargas was a “visa overstay” and will be detained. More