1000’s Of Illegal Immigrants Who Fled To Canada Fearing Trump Are Trapped In Legal Limbo Without Jobs, Homes Or Schools

The Trump-Hating Canadian government “rescued” 3,500 illegals from the U.S. now they are stuck in legal limbo because of a massive and growing backlog in hearings to decide whether they should get refugee status or not. Without a hearing giving them an official status they struggle to get jobs, permanent homes or even enroll their children in schools.

Oh Canada, not so arrogant about America wanting to secure its borders now that they are coming into your nation. The sad thing is they are only dealing with 3,500 or so. Yet we have between 10-15 million. If Canada thinks America is cruel about its policies, they are more than welcome to take all the illegal immigrants. 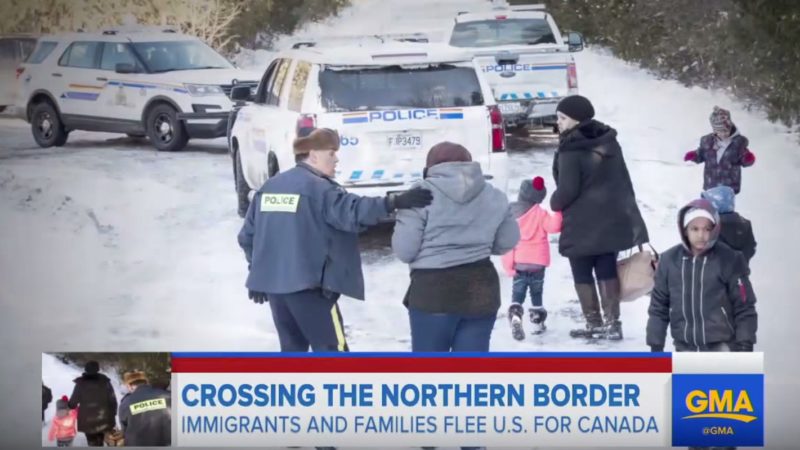 Trudeau invited them and they came in droves. Lacking an education or job skills, these refugees have quickly become a burden to Canadian taxpayers.

Daily Mail: Thousands of people who fled to Canada to escape President Donald Trump’s crackdown on illegal migrants have become trapped in legal limbo because of an overburdened refugee system, struggling to find work, permanent housing or enroll their children in schools.

Refugee claims are taking longer to be completed than at any time in the past five years, according to previously unpublished Immigration and Refugee Board data provided to Reuters.

Those wait times are set to grow longer after the IRB in April allocated ‘up to half’ of its 127 tribunal members to focus on old cases.

The number of delayed hearings more than doubled from 2015 to 2016 and is on track to increase again this year.

Hearings are crucial to establishing a claimant´s legal status in Canada. Without that status, they struggle to convince employers to hire them or landlords to rent to them.

Canada’s refugee system was struggling to process thousands of applications even before 3,500 asylum seekers began crossing the U.S. border on foot in January. More

1000’s Of Illegal Immigrants Who Fled To Canada Fearing Trump Are Trapped In Legal Limbo Without Jobs, Homes Or Schools